Will "Defendant" and "Saimdang: Light's Diary" beat "Dr. Romantic" and "The Legend of the Blue Sea"? 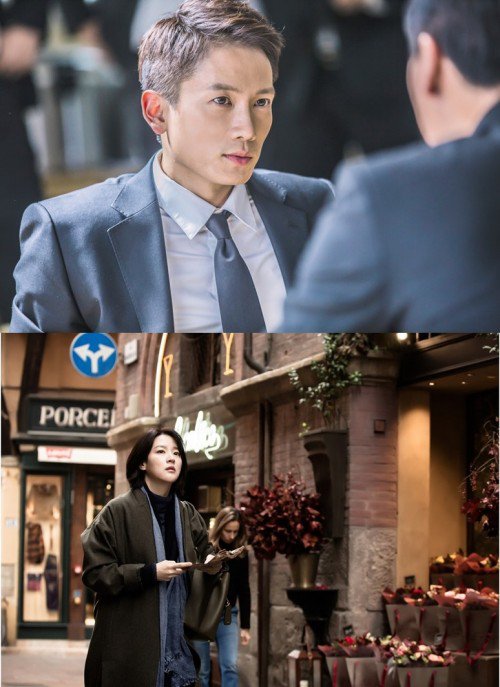 A new breeze is taking over SBS. "Defendant" and "Saimdang: Light's Diary" are replacing "Dr. Romantic" and "The Legend of the Blue Sea". Will the new dramas maintain the reputation their successors leave behind?

- "Defendant" Ji Sung to take over once again

Ji Sung is starring in the new drama "Defendant". His latest drama "Entertainers" failed miserably so hopefully this time he's back with something better.

"Defendant" is about Park Jeong-woo (Ji Sung) who is framed as his wife and daughter's killer but tries to re-track 4 months of memory loss and taking revenge on Cha Min-ho (Uhm Ki-joon).

The role of Park Jeong-woo played by Ji Sung is framed for killing his wife and daughter but to make things worse, he loses memory of the past 4 months from the day the murder happened. Ji Sung fights to clear his name.

Ji Sung goes from being a smart prosecutor to a guilty prisoner. Ji Sung has had experience acting out a multi-personality character in the MBC drama "Kill Me, Heal Me".

Not only that, his co-stars are Uhm Ki-joon and Kwon Yuri from Girl's Generation as well as Oh Chang-seok and Uhm Hyun-kyung.

- "Saimdang: Light's Diary" Lee Young-ae, back for the first time in 12 years

Lee Young-ae is coming back with a new SBS drama called "Saimdang: Light's Diary" for the first time in 12 years since "Dae Jang-geum". She takes on two roles.

"Saimdang: Light's Diary" is about a history of art lecturer named Seo Ji-yoon (Lee Young-ae) who discovers Saimdang's diary and reveals the truth behind it. She co-stars with Song Seung-heon in the role of Lee Kyeom, the Joseon version of "The Great Gatsby".

Lee Young-ae takes on the role of Seo Ji-yoon and Saimdang. Seo Ji-yoon is a lecturer and she lives life to the fullest. She is a super mother who is bold and carefree at the same time.

Song Seung-heon plays Lee Kyeom whose known Saimdang since they were young. He's had eyes for her and only her and is covered in artistic spirit from head to toe.

The drama has been pre-produced and the first episode is due. The plan for simultaneous release in China has fallen through because of the SAAD issue but there are plans for a second "Dae Jang-geum".

"Will "Defendant" and "Saimdang: Light's Diary" beat "Dr. Romantic" and "The Legend of the Blue Sea"?"
by HanCinema is licensed under a Creative Commons Attribution-Share Alike 3.0 Unported License.
Based on a work from this source