What does Gong Hyo-jin, Kim Ki-bang and Lee Sung-kyung have to do with Jo In-sung and Kim Min-hee's break up? 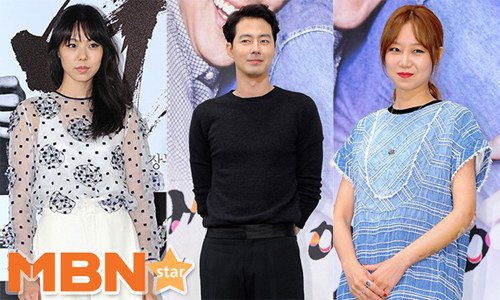 Gong Hyo-jin, Kim Ki-bang and Lee Sung-kyung's names have been brought up in regards to Jo In-sung and Kim Min-hee's recent break up.

The two of them admitted to the break up through their managements. Jo In-sung and Kim Min-hee have grown apart from each other due to their busy schedules.

Both managements reported, "We feel terrible about the false rumors and speculations going on about the break up. We hope the media refrains from publishing anything that's not credited otherwise we will be forceful with those who do".

Speculations came by when Jo In-sung and Gong Hyo-jin were seen together in Itaewon. It was after that when Jo In-sung's break-up news was reported and rumors started to circulate. The fact that Gong Hyo-jin broke up with Lee Jin-wook added weight to the rumors.

Managements are busy trying to deal with this matter.

"What does Gong Hyo-jin, Kim Ki-bang and Lee Sung-kyung have to do with Jo In-sung and Kim Min-hee's break up?"
by HanCinema is licensed under a Creative Commons Attribution-Share Alike 3.0 Unported License.
Based on a work from this source