Webtoon-Based Dramas Rule the Second Half of 2019 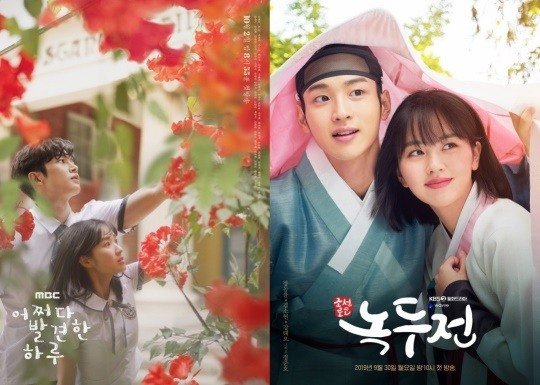 In the second half of 2019, dramas based on webtoons managed to tow popularity.

Making movies or dramas out of webtoons is no longer unusual. There have been many attempts to make popular webtoons into video content, such as "Fashion King", "Incomplete Life", "Cheese in the Trap" and "Mama Fairy and the Woodcutter".

However, since remakes of such webtoons juggle the risk of audience, fan base, and popularity, they can be seen as high-stakes in terms of also satisfying the existing fans. Whether or not viewers can be persuaded by effectively implementing the freshness of materials and settings that are likely to be possible only in comics is also considered a crucial point.

Dramas such as "Strangers from Hell", "The Tale of Nokdu" and "Extraordinary You" drew attention towards the end of the year. They weren't the best in the ratings, but they were good enough to become a topic of conversation among avid fans.

OCN drama "Strangers from Hell" is based on a webtoon my Kim Yong-gi. There were likes and dislikes about the genre. However, the spookiness of the webtoon stood out in the drama and the performances of Im Si-wan, Lee Dong-wook and Lee Jung-eun helped to make the drama successful.

TvN drama "Pegasus Market" is an original webtoon by Kim Gyu-sam. It is a comedy about an elite manager who wants to revive the mart and the owner who wants to burn it to the ground. The original webtoon was so fantastical and extraordinary that there were concerns about the drama being able to give it that much life. However, the drama managed to successfully resolve the matter.

KBS 2TV's "The Tale of Nokdu" and MBC's "Extraordinary You" also managed to explain the backdrops of a 'widow village' and 'a comic inside a comic'. The performances by Jang Dong-yoon, Kim So-hyun, Kim Hye-yoon, Rowoon and Lee Jae-wook earned the support of many viewers.

"Webtoon-Based Dramas Rule the Second Half of 2019"
by HanCinema is licensed under a Creative Commons Attribution-Share Alike 3.0 Unported License.
Based on a work from this source