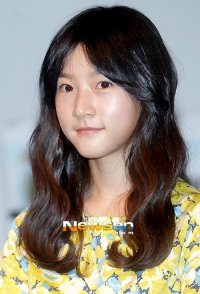 The mini homepage of Kim Sae-ron, 10, a child actress starring with actor Won Bin in the Korean blockbuster film "The Man From Nowhere", has been attacked by Internet users around her age.

Other Web users are in turn attacking the "little flamers", leading to another war of malicious comments.

Kim's management agency GP Basic Entertainment said Thursday that Internet users began posting swear words and personal attacks against the actress on the bulletin board of her homepage Tuesday. The flames were apparently instigated by a picture showing Kim receiving a laptop from Won as a present.

One malicious comment said, "[Expletive], don't show off. You, ugly girl, are [expletive] with a laptop".

Others said, "Why are you, ugly [expletive], hitting on my Won Bin?" or "You've got to get plastic surgery".

In response, Kim said, "I didn't want to show off the laptop but I just wanted to express my gratitude to him".

Her mother told The Dong-A Ilbo over the phone, "The malicious comments were too much for my young little girl and even I, an adult, was shocked. To brace for further attacks, I'm considering requesting a police investigation".

A source from her agency said, "We understand how Internet users feel but because of malicious comments, access to her homepage by flamers was automatically blocked. This isn't what we wanted".

Shim Mi-kyung, an early childhood professor at Inje University in Gimhae, South Gyeongsang Province, said, "Middle school students used to aspire to become celebrities but now those in elementary school want to. Certain youngsters longing to become celebrities have just copied the bad adult culture of trolling out of jealousy".

"Web Users Flame Child Actress Over Photo"
by HanCinema is licensed under a Creative Commons Attribution-Share Alike 3.0 Unported License.
Based on a work from this source