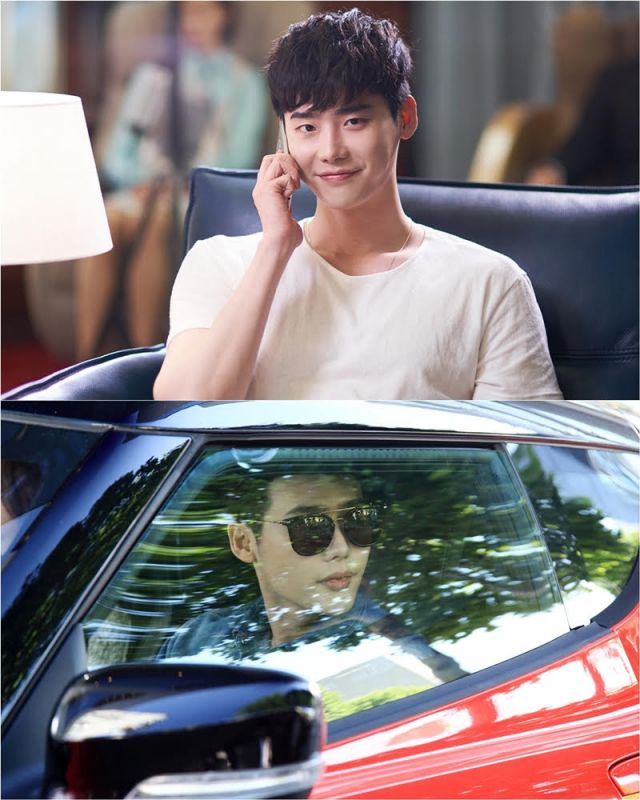 Actor Lee Jong-suk is turning into a super chaebol.

Stills of Lee Jong-suk in the role of Kang Cheol from the new MBC drama "W" have been released. "W" is a suspense melodrama about a super chaebol named Kang Cheol and a doctor named Oh Yeon-joo (Han Hyo-joo) going back and forth different dimensions to make their romance come true.

Kang Cheol is an venture company entrepreneur that is worth 1.5 trillion won and the holder of a 800 billion won fortune. He is the richest man in drama history with justice and manners.

The stills of Kang Cheol show him smiling in leisure but also looking sexy.

Kang Cheol's background is diverse. He took part in the Olympics when he was 18 years old as a gun shooter and took home the gold medal. Then he changed courses and took on computer engineering which led to his establishment of a venture company.

Aside from his super qualifications, he is good looking and has strong will to be the best in everything he does. Lee Jong-suk is always in discussion with director Jeong Dae-yoon and is doing his best.

"W" written by Song Jae-jeong and directed by Jeong Dae-yoon will be released on the 20th of July.

""W" Lee Jong-suk turns into a super chaebol"
by HanCinema is licensed under a Creative Commons Attribution-Share Alike 3.0 Unported License.
Based on a work from this source