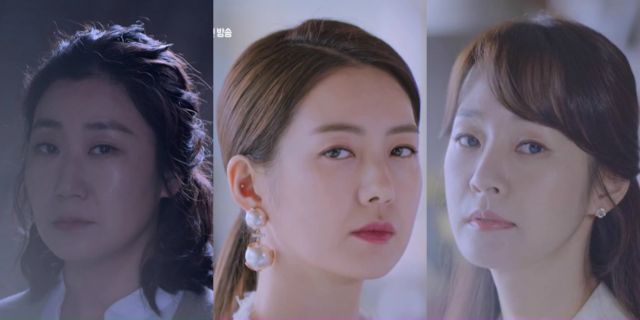 "Avengers' Social Club" has dropped three character teasers and they are as positively seductive as the idea of revenge. All three women have something to avenge and someone upon which to take revenge. The teasers capture each woman's turning point, her moment in which she decides that revenge is the path to take. Oh, this is going to be good.

- Yours, Lisa who loves a good revenge story

Wed, Thu 22:50
Also known as: "Buam-dong Revenge Social Club", "Avengers Social Club" and "Revenge Social Club" (복수자 소셜클럽, bok-su-ja so-syeol-keul-leob)
Synopsis
This webtoon adaptation tells the story of three women from different walks of life - the daughter of a chaebol, an ahjumma in a fish market, and a housewife - come together to enact revenge.