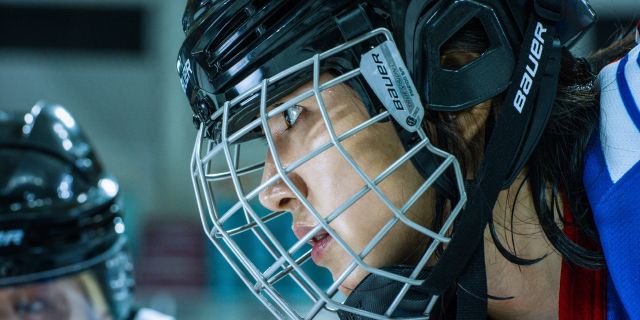 A teaser of "Run-off" which depicts the birth of Korea's first ever women's ice hockey team, is coming out in the summer.

"Run-off" is based on the story of throw-up women's ice hockey for the attraction of the Winter Olympics. This movie is bound to give off a more thrilling and active visual as well as a more touching story.

The theme song means to fly into the air or on the ice and the teaser alone delivers the passion of the athletes.

Oh Dal-soo, a rising actor was set at the end of the teaser as the team coach which only increases anticipation for the movie.

"[Video] Soo Ae as an ice hockey player in "Run-off" this summer"
by HanCinema is licensed under a Creative Commons Attribution-Share Alike 3.0 Unported License.
Based on a work from this source