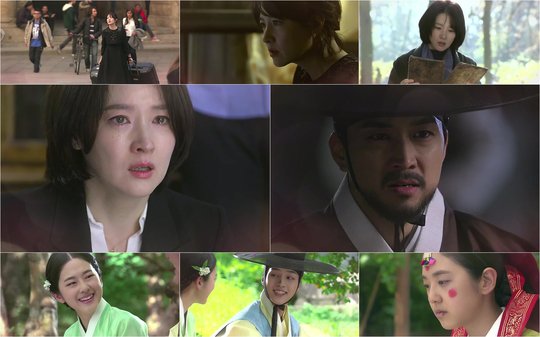 A teaser was released.

The fourth teaser of the new SBS drama "Saimdang: Light's Diary", drew attention with force. Lee Young-ae (Seo Ji-yoon) is seen begging Choi Jong-hwan (Min Jeong-hak) on her knees as to not be replaced as a lecturer.

Then she's seen drinking pack Soju on the streets of Italy when she discovers Saimdang's diary and is taken to the past as if pulled into it.

Lee Young-ae narrates, "The poem that changed my life in an instant is still here" and she is screaming in sorrow.

Meanwhile, "Saimdang: Light's Diary" is replacing "The Legend of the Blue Sea" on the 26th.

"[Video] "Saimdang: Light's Diary" Lee Young-ae kneels and cries "
by HanCinema is licensed under a Creative Commons Attribution-Share Alike 3.0 Unported License.
Based on a work from this source