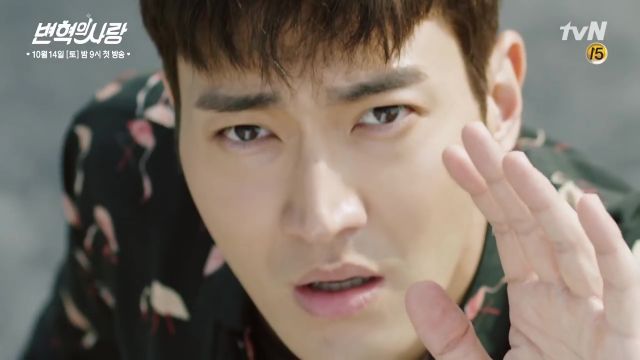 We get our first glimpse into Byeon Hyeok's inability to survive on his own in this short teaser for "Revolutionary Love". The teaser starts off as a sexy get Choi Si-won soaked in water sort of deal, then morphs into a clumby man fumbling with a water bottle and a very frustrated Kang So-ra thinking that this new worker just ain't gonna work out. It's pretty darn funny. It's like taking his character from "She Was Pretty" and making him into a lead. And I'm all for that.

-Yours, Lisa, a fan of humorous Choi Si-won