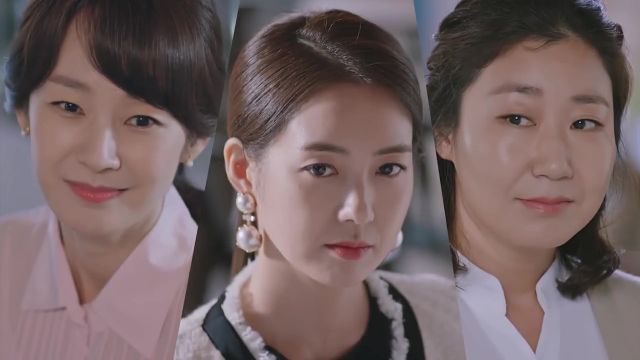 The three ladies of "Avengers' Social Club" are a bit unsure of how to proceed in the newest teaser, but they do know without a doubt that they want to exact revenge. Lee Yo-won has money and needs to decide a course of action. Ra Mi-ran is fiercely protective of her kids and seems to be the boldest of the three. Housewife of a professor Myung Se-bin is scared, but also determined to join her fellow avengers. I'm curious to learn about the youngest avenger played by Lee Jun-young. He hates how his parents treat him and I want to see his face on camera so I can read him like the three women.

-Yours, Lisa, who is excited to see the inner workings of the Avengers' club.

20 episodes - Wed, Thu 21:30
Also known as: "Buam-dong Revenge Social Club", "Avengers Social Club" and "Revenge Social Club" (복수자 소셜클럽, bok-su-ja so-syeol-keul-leob)
Synopsis
This webtoon adaptation tells the story of three women from different walks of life - the daughter of a chaebol, an ahjumma in a fish market, and a housewife - come together to enact revenge.