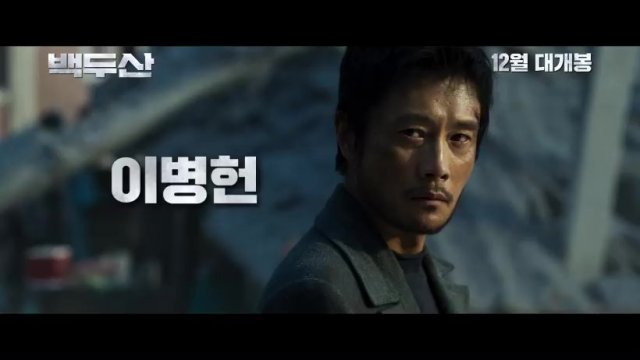 Started filming: 2019/02
Synopsis
One of the biggest explosions in Korean history happens on the Mountain of Baekdu. The Korean peninsula turns into chaos at the sudden disaster, and additional explosions are expected to engulf both the South and the North.

To stop the worst disaster in history, Jeon Yoo-kyeong (Jeon Hye-jin-II) plans an operation based on the theories of geologist Professor Kang Bong-rae (Ma Dong-seok), who has been studying the Baekdu Mountain explosion, and Special Forces agent Jo In-chang (Ha Jung-woo), who is about to be discharged from duty, and gets put in a secret mission where the fate of the North and South Korea is at stake. In-chang succeeds in making contact with Ri Joon-pyeong (Lee Byung-hun), North Korea's first-class resource in the armed forces holding the key to the operation. However, Joon-pyeong makes things difficult for In-chang with questionable behavior. Meanwhile in Seoul, Choi Ji-yeong (Suzy) struggles to survive the disaster, not knowing that In-chang was on a mission in the North. In the meantime, the final Baekdu Mountain explosion gets closer and closer...!