[USA + Canada] "Miss and Mrs. Cops" Releases in Los Angeles on May 10 and on May 17 Nationwide 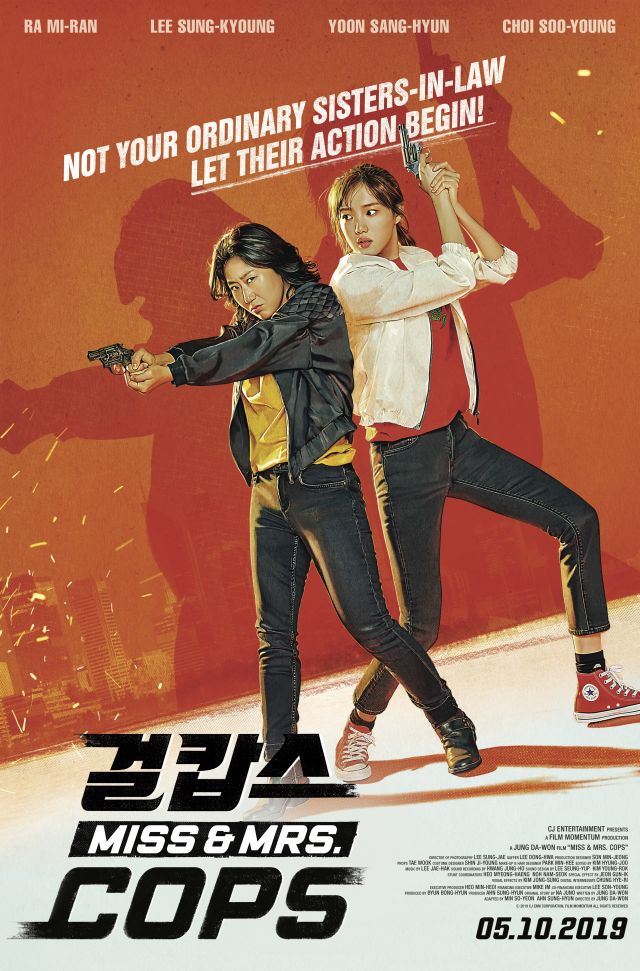 "Miss and Mrs. Cops", a South Korean Crime Comedy, Releases in Los Angeles on May 10 and in Cities Across the U.S on May 17th.

South Korean Director Jung Da-won is back with his second feature film "Miss and Mrs. Cops". The film will open on May 10th at CGV Cinemas in Buena Park and Los Angeles and will be available nationwide on May 17th.

In the film, two sisters-in-law (Mi-Young and Ji-hye) who work together at the police department find themselves in the middle of a suicide case when a young woman throws herself in front of a bus while the two are on duty. Mi-young and Ji-hye find out that the woman is the victim of a digital sex crime and her sex video is scheduled to be released online in 48 hours. When all the other departments refuse to take the case, the sisters-in-law open their own investigation into the case.

"[USA + Canada] "Miss and Mrs. Cops" Releases in Los Angeles on May 10 and on May 17 Nationwide"
by HanCinema is licensed under a Creative Commons Attribution-Share Alike 3.0 Unported License.
Based on a work from this source