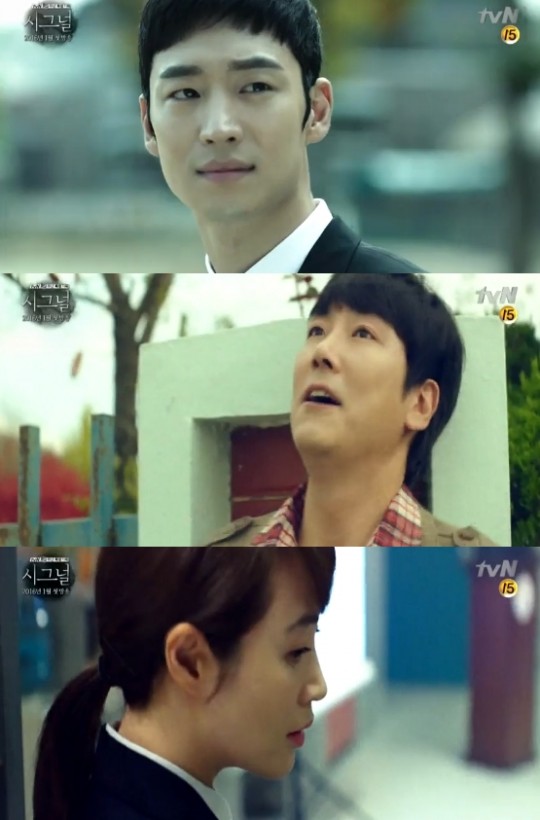 "Signal" trailer has been unveiled.

Lee Je-hoon plays Park Hae-yeong, a heretical police officer, who is always malcontent. He makes a turnaround point of his life when he hears the old fashioned radio communicator ringing, which has been sleeping at a corner of storage for 15 years.

Kim Hye-soo plays Cha Soo-hyeon, a detective with such a determination to put an end to the unfair predicament by clarifying what happened in the past. She is a veteran with the 15 year experience in the field. Derived from her determined and unstoppable personality that does not let her give up on anything, she has joined the cold case unit.

Cho Jin-woong plays a detective in the past time, who was believed to have gone missing. He communicates with the detectives in the present time through the old police radio. The honest and trustful detective jumps into the cold case when he has been connected with Park Hae-yeong through the radio.

tvN's "Signal" depicts the cooperative operation by the detectives in the present and past times, who communicate through old fashioned radio with each other. This is the return project by PD Kim Won-seok, who is well known for the hit drama, "Incomplete Life", 2014. The drama started drawing much attention early from its planning stage thanks to the anticipation on the screenplay by writer Kim Eun-hee-I of "Sign", 'Ghost – Drama' and "Three Days". The drama begins in January, 2016.

"Upcoming drama 'Signal' has unveiled 15 second trailer featuring Kim Hye-soo, Lee Je-hoon and Cho Jin-woong"
by HanCinema is licensed under a Creative Commons Attribution-Share Alike 3.0 Unported License.
Based on a work from this source