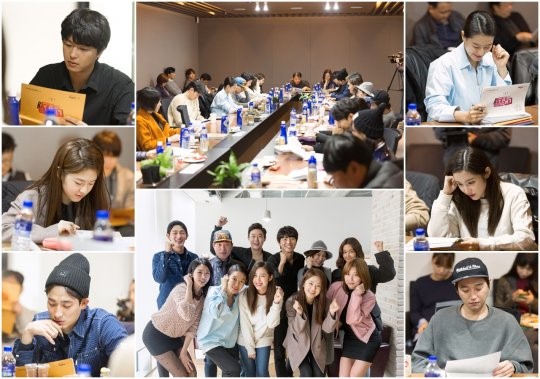 On December 6, a photo of the first script reading was posted online. The cast and director were seen sitting together with their scripts.

Producer Song Hyeon-wook opened with, "Let's all smile and work together! I know its cold outside, but let's still have fun".

Actress Park Hye-soo showed lots of energy and positivity throughout the meeting.

The meeting lasted for 5 hours and actors revealed their thoughts about the reading, "I think the filming site is going to be a lot of fun", "They already feel like family" and "It's great to receive each other's energy while acting".

"Upcoming Drama "Introvert Boss" Begin First Script Reading with Cast"
by HanCinema is licensed under a Creative Commons Attribution-Share Alike 3.0 Unported License.
Based on a work from this source