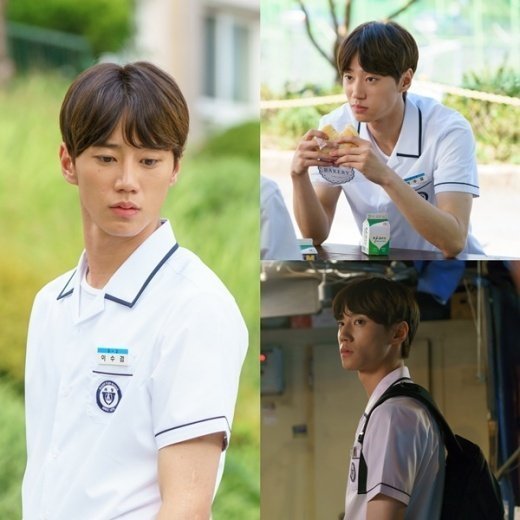 U-Kiss Lee Jun-young is making his first acting debut. He is starring in the new tvN drama "Avengers' Social Club" as Lee Soo-gyeom, the only male member of the revenge club. He plans revenge against his parents who denied his existence and mistreated him.

Although not from Kyeongsang-do, he executed the Kyeongsang-do dialect perfectly and he did a good job in spite of the fact that it is his first time acting.

Lee Jun-young has worked hard for this and he claims he feels a lot of responsibility. He's been analyzing his character and focused on special characteristics. He also practiced the dialect with friends from that area and used it even when he wasn't on set.

Lee Jun-young said, "I've always been a fan of Lee Yo-won and I'm happy to be in a drama with her. I have a lot to learn".

He added, "Revenge may sound heavy and scary, but our reveng' is very realistic. It's more fun than scary and you will definitely enjoy watching it".

"Avengers' Social Club" is directed by Kwon Seok-jang and written by Kim Yi-ji and Hwang Da-eun.

The first episode begins on the 11th of October.

"U-Kiss Lee Jun-young to star in "Avengers' Social Club""
by HanCinema is licensed under a Creative Commons Attribution-Share Alike 3.0 Unported License.
Based on a work from this source