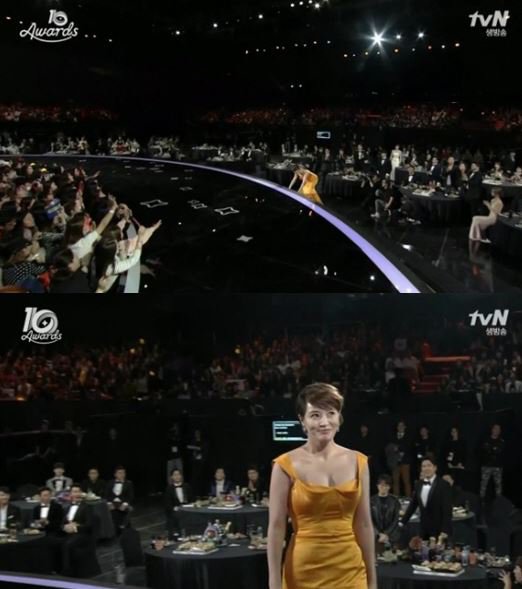 Actress of 30 years Kim Hye-soo was matchless at the "tvN Awards".

She won the Best Actress Award at this event.

She was on her way up to the stage to claim her prize when she almost tripped and fell.

However, she was cool about it and even joked, "It's not every day you see an actress nearly trip on her butt at an award show".

She then made her speech about Kim Hye-ja and how touched she felt about her.

She mentioned being grateful to the tvN drama "Signal" and those who made it possible.

Yoo Hae-jin from the tvN show "Three Meals A Day" Was also there. Kim Hye-soo was seen exchanging greetings with him at the event.

The two were an official couple until 2011 when they broke up after 3 years.

""tvN Award" Kim Hye-soo's existence and coolness with Yoo Hae-jin "
by HanCinema is licensed under a Creative Commons Attribution-Share Alike 3.0 Unported License.
Based on a work from this source