"Troubleshooter" knocks out "The Man From Nowhere" 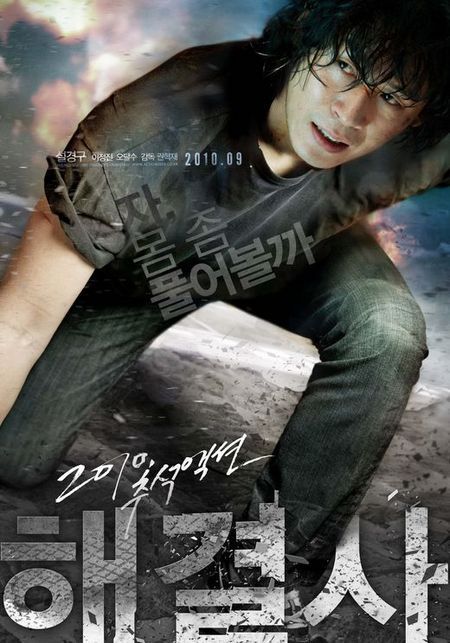 Korean action movie tentatively titled "Troubleshooter" took the No. 1 spot on the local box office over the weekend, pushing down five-week winner "The Man From Nowhere" to third place during the third week of September.

According to the Korean Box Office System (KOBIS) on Monday, "Troubleshooter", which opened in local theaters on September 9, came in first place, attracting 540,239 moviegoers for the weekend of September 10 to 12.

"Troubleshooter", starring Sol Kyung-gu and Lee Jung-jin, is about a private eye named Kang Tae-sik (Seol) who becomes a prime suspect in a serial murder case that he is investigating. He has to clear his name with the help of a highly skilled computer programmer Ku Bon-Chi (played by Park Young-seo) while trying to escape the trap made by a troubleshooter (Lee).

""Troubleshooter" knocks out "The Man From Nowhere" "
by HanCinema is licensed under a Creative Commons Attribution-Share Alike 3.0 Unported License.
Based on a work from this source