Thriller king Son Hyun-joo comes back with "The Phone" 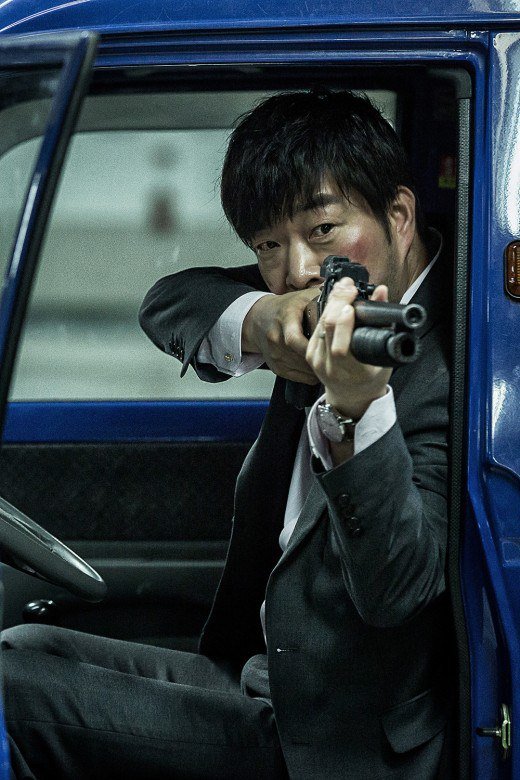 Actor Son Hyun-joo is coming back with another thriller.

"The Phone" is about a man who gets a call from his wife who was thought to have been killed a year ago. He struggles to save her in a day. The renown actor from "Hide and Seek", "Chronicles of Evil" and others is back.

Son Hyun-joo plays the role of Go Dong-ho, the man who struggles who save his wife who was thought to have been killed a year ago.

This movie is being made on a bigger scale in the middle of Seoul. The thriller tracking scenes will be rehearsed beforehand and completed at one take.

Son Hyun-joo has already been seen riding the night on a bike as if going after someone and detectives going after him.

He also threw himself into the Cheonggye River as part of he act, and his facial expressions showed emotions unexplainable with words. His determination to protect the ones he loves was delivered straight to the onlookers.

Son Hyun-joo said, "This movie has settings and ideas that no other movie has shown yet. It's going to be a great time-passing movie".

"The Phone" stars Son Hyun-joo, Uhm Ji-won and Bae Sung-woo and it comes out on the 22nd.

"Thriller king Son Hyun-joo comes back with "The Phone""
by HanCinema is licensed under a Creative Commons Attribution-Share Alike 3.0 Unported License.
Based on a work from this source