"The Wailing" Kwak Do-won, Hwang Jung-min, Chun Woo-hee, the most anticipated team of 2016 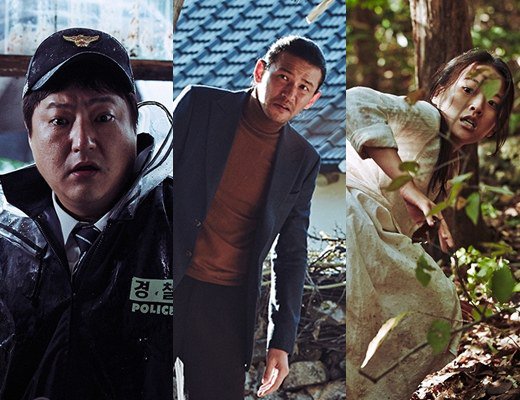 Kwak Do-won, Hwang Jung-min and Chun Woo-hee are coming together for the movie "The Wailing".

"The Wailing" is director Na Hong-jin's first movie in 6 years which is about a group of people who face a situation after a series of cases occur since the appearance of a foreign person.

Kwak Do-won takes on the role of a policeman named Jong-gu and throws himself in action chasing down a criminal down the mountain and running around on a cliff.

Na Hong-jin said, "He was the most impressive actor when we shot "The Yellow Sea". I needed a genre of acting in "The Wailing" and he pulled it off. He was always devoted to the movie and never let me down".

"He is one of my favorite actors and he's an very appealing person" Na Hong-jin continued. Hwang Jung-min takes on the role of a shaman named Il-gwang. He thoughtfully prepared everything from hairstyle to costume and even met real shamen for advice on the role.

Chun Woo-hee takes on the role of Moo-myeong, a witness. Na Hong-jin said, "She was different from the moment I met her. She read the script on the spot and I was blown way. I didn't need to think about anyone else and I wanted her to play the role".

Meanwhile, "The Wailing" will be released on May 12.

""The Wailing" Kwak Do-won, Hwang Jung-min, Chun Woo-hee, the most anticipated team of 2016"
by HanCinema is licensed under a Creative Commons Attribution-Share Alike 3.0 Unported License.
Based on a work from this source