The Return of Han Suk-kyu, Kim Dong-wook and Shin Ha-kyun 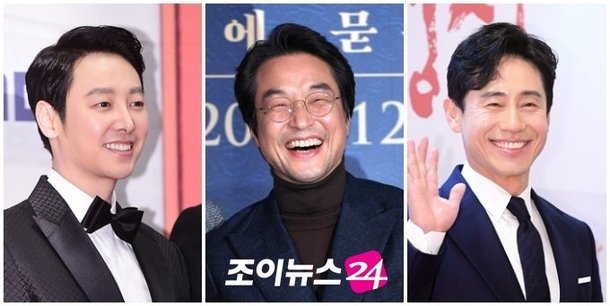 2020 has dawned. Celebrating 'The Year of the White Rat', the entertainment industry is also up for new expectations. Based on K-pop, which leads global trends, there is expectation in growth in various fields such as broadcasting, movies, dramas and performances. Also, attention is drawn to who will be the new face to shine this year and be loved by the public.

Grand Prize winners will be flocking to the home screens in early 2020. Viewers can't wait to see the unrivalled actors that stole the attention at the end-of-the-year award shows.

Ground-wave TV networks give out awards for quality, popularity, ratings, and acting ability of the main actor. As such, the title of the award-winning actor is considered to be a star who leads the success of the drama and also displays unwavering acting skills at the center of the play. Credited actors are coming back to TV and they are Han Suk-kyu on SBS, Shin Ha-kyun on KBS and Kim Dong-wook on MBC.

- SBS: Han Suk-kyu comes back as the eccentric doctor in SBS's "Dr. Romantic 2"

Han Suk-kyu, who won the SBS Best Actor Award in 2011 for "Deep-rooted Tree", begins his 2020 with the SBS drama "Dr. Romantic 2", which is a sequel powered by the success of the first season that ended in 2017. The drama held a record of 27.6% in viewership at the time.

"Dr. Romantic 2" is a medical drama about real doctors set against the backdrop of a run-down hospital named Doldam. Seo Hyun-jin and Yoo Yeon-seok from season 1 are not here anymore, but they are replaced by Ahn Hyo-seop and Lee Sung-kyung.

"Dr. Romantic 2" is a Monday / Tuesday drama that airs at 9:40PM and not 10PM, according to SBS's policy of readjustment. It can't avoid the competition with tvN's "Black Dog" and jTBC's "Diary of a Prosecutor", which begin at 9:30PM.

Nevertheless, the expectations for Han Suk-kyu have already begun. Despite the fact that it was a special edition broadcast, "Dr. Romantic 2 – The After", which broadcasted on the 30th last month, reached a viewership of 7.6%. Then the first episode of "Dr. Romantic 2" went all the way up to 14.9%.

In addition, Han Suk-kyu's combination with SBS is always successful, as shown in "Deep-rooted Tree", "Secret Door" and "Dr. Romantic".

- MBC: Kim Dong-wook "Special Labor Inspector, Mr. Jo" to "Find Me in Your Memory" – two hits in a row

Kim Dong-wook won the MBC Best Actor Award for "Special Labor Inspector, Mr. Jo". He is the most recent actor to win the grand prize.

"Special Labor Inspector, Mr. Jo" is a drama about a former judo teacher named Jo Jin-gap who becomes a labor supervisor at the Ministry of Employment and Labor, and takes action to punish vicious business owners.

Kim Dong-wook is a hero in reality in the drama. He performed satisfyingly in a drama that blends realistic chaebol tyranny, and the viewers loved it. He also didn't mind gaining about 10 kilograms to gain that look of an 'old man' who used to be an athlete. His efforts were rewarded with the MBC Best Actor Award.

Kim Dong-wook comes back this year with "Find Me in Your Memory". It is a memory-seeking romance about a next-generation anchorman who suffers from excess memory syndrome that causes him to remember everything and a scandal maker rising star.

Kim Dong-wook stars in the drama with Moon Ga-young, Lee Jin-hyuk, Lee Joo-bin and Yoon Jong-hoon and it begins on the 18th of March. 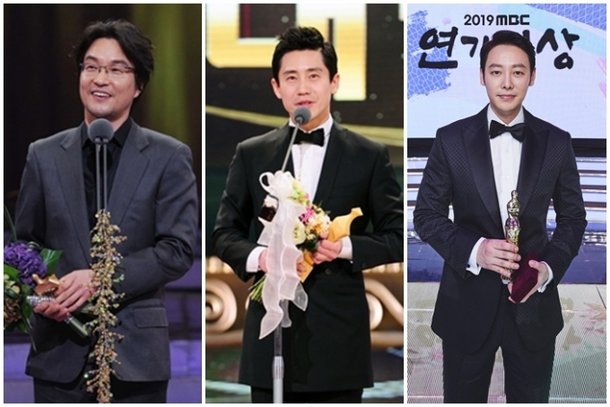 - KBS: Shin Ha-kyun as a mental healthcare doctor in "Fix You"

The KBS Best Actor winner for the 2011 drama "Brain" is coming back as a doctor once again.

He was a neurosurgeon in "Brain", but in "Fix You" he's a psychiatrist. He reunites with "Brain" PD Yoo Hyeon-gi once more.

It was expected back then that Shin Ha-kyun would take home the grand prize. He caused a stir with his performance in a drama he starred in for the first time in 8 years. Despite the disadvantage of it having begun in November, a pretty bad timing of the year, he ended up being picked for the award.

Shin Ha-kyun returns to KBS for the first time in 9 years with "Fix You", a drama of psychiatrists who are there for people going crazy in a crazy world. It throws the question of 'where does love come from?' through various episodes and provides comfort.

Shin Ha-kyun plays the role of mental specialist Lee Si-joon. He loves playing hard to get with his patients and will do anything to treat them.

"The Return of Han Suk-kyu, Kim Dong-wook and Shin Ha-kyun "
by HanCinema is licensed under a Creative Commons Attribution-Share Alike 3.0 Unported License.
Based on a work from this source