The Poster for "Ending Again" Comes Out 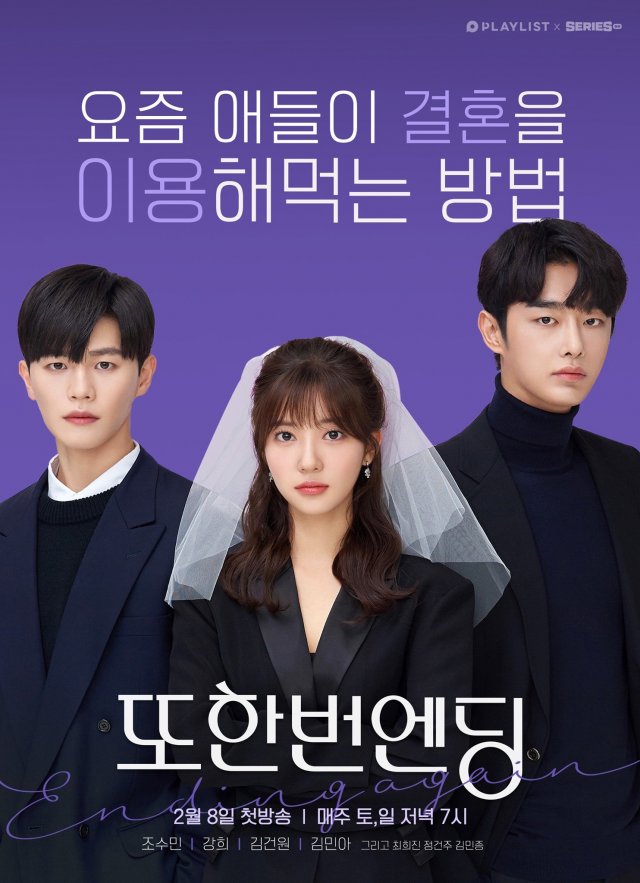 The poster for the third Ending series is out.

Two posters were released on the official SNS on the 21st.

"Ending Again" is the third Ending series since the 2018 "The Flower Ending" and the 2019 "The Best Ending". The first two dramas were about the realistic men and women's thoughts on relationships and marriage. "Ending Again" throws the question of what the real ending will be.

The posters are of Cha In-yeong (Jo Soo-min), her ex-boyfriend Yoo Chan-hee (Kang Hui) and her new man of younger age Do Yoon-soo (Kim Geon-won).

The first poster has the saying, "How people these days use marriage to their advantage" and there is Cha In-yeong with a veil on her head.

"Ending Again" will be released on the 8th of February at 7PM on YouTube and Facebook as well as Naver Series ON. It broadcasts every Saturday and Sunday at 7PM. 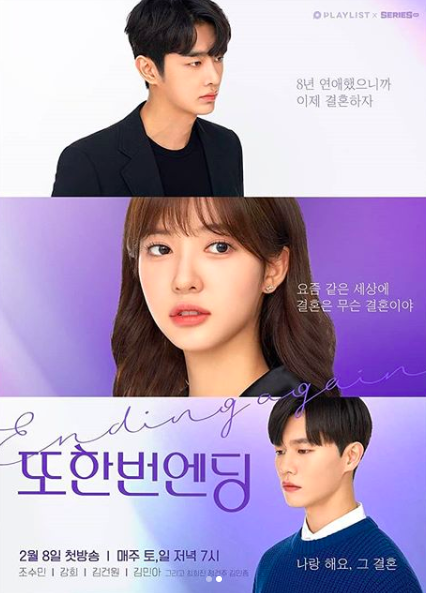 "The Poster for "Ending Again" Comes Out "
by HanCinema is licensed under a Creative Commons Attribution-Share Alike 3.0 Unported License.
Based on a work from this source