"The Man From Nowhere" stays atop local box office 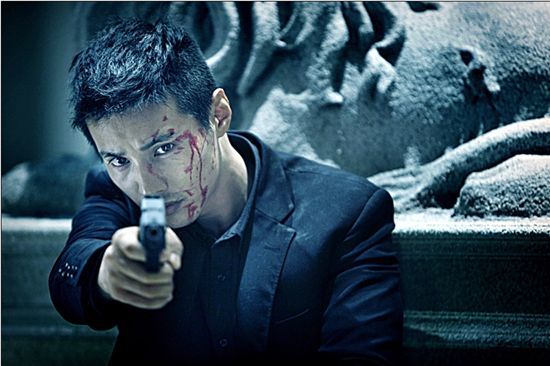 Korean thriller "The Man From Nowhwere" maintained its month-long reign as the No. 1 movie in the country during the final week of August.

According to the Korean Box Office System (KOBIS) on Thursday, the Won Bin starrer, which opened in local theaters on August 4, took the top place on the box office with 528,091 admissions for the weekend of August 27 to 29.

"The Man From Nowhere" is about a reclusive man named Tae-shik (Won Bin), a former special agent who runs a pawn shop and befriends So-mi (child actress Kim Sae-ron), the young girl next door.

Korean horror flick "I Saw the Devil" slipped a notch to fourth place with 163,092 admits and sci-fi flick "Predators" rounded out the top five slots with 160,433 viewers during its opening weekend.

Other films included in the top ten were "Inception", "Avatar-Special Edition", "Desire To Kill", "Toy Story 3", and "The Expendables".

""The Man From Nowhere" stays atop local box office"
by HanCinema is licensed under a Creative Commons Attribution-Share Alike 3.0 Unported License.
Based on a work from this source