The International Festival of Detective Films of Beaune 2011 winners 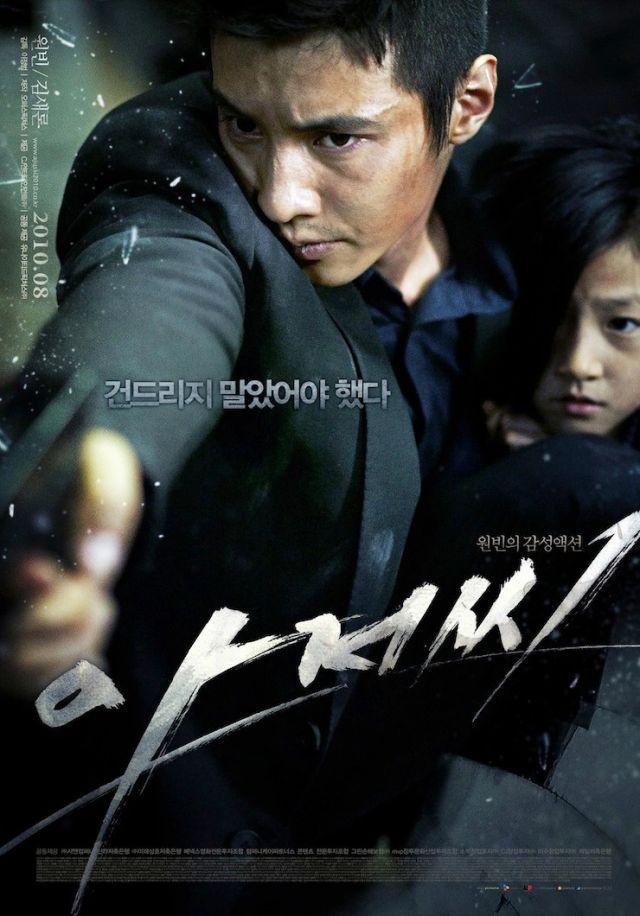 I should start by telling you finding information about the festival itself required some detective work as it seems to be oddly ignored by English speaking press.

The International Festival of Detective Films of Beaune is annual 5 day festival held in Beaune, Burgandy, France where new and old detective films are celebrated. And each year, the festival pays tribute to a particular city for its influence and mythological dimension in the detective genre.

More info about the festival can be found here: http://www.beaunefestivalpolicier.com/

You may not have heard of Jeong-Beom Lee's "The Man From Nowhere" yet but it is a cracking good eastern yarn. A reluctant hero with a past is pushed into taking on some of nasty people to save a young girl he has befriended, in fact she is the closest connection he has to the world from his solitary existence.

Pretty soon the bad guys have awakened a sleeping demon and our guy is punching, kicking and slashing his way through the Korean underworld leaving no opposition standing. If you liked Oldboy, Infernal Affairs, Leon or Man on Fire this might be the ticket for you.

"Scarred by traumatic events resulting from his past, former special agent Tae-shik (Bin Won) lives in solitude running a pawnshop in a rundown neighbourhood. His only contact with the world is through his customers and his next-door neighbours, a young girl named So-mi (Sae-ron Kim) and her mother, an exotic club dancer and drug addict. Neglected by her mother and shunned by the kids at school, So-mi gradually forms a bond of friendship with the loner Tae-shik.

But one day, So-mi and her mother disappear. When it becomes apparent that mobsters connected to So-mi's mother's drug dealing have kidnapped them, Tae-shik is forced to leave his private sanctuary and to go out into the world in search of his one and only friend. In a bid to ensure So-mi's safety, Tae-shik agrees to perform a one-off job for the gangsters holding the girl. The job turns out to be a set-up that makes him the target of both a rival gang and of an intense police manhunt. On the run from both sides of the law, and risking him life every step of the way, Tae-shik moves ever closer to discovering So-mi's whereabouts, but in doing so, he also risks revealing the hidden secrets of his past…"

Like a lot of eastern films it has a much sentimentality that western audiences find hard to come to grips with but this is balanced with some of the most kick ass fight scenes I've seen in a while. It is also beautifully shot and straddles that fine line between art house and action film with aplomb.

I saw it about 2 weeks ago and must have seen about 15-20 films since but 2 phenomenal scenes still standout as absolutely brilliant.

I don't want to give to much away but there is a short scene where our hero is on a chase and he runs down a corridor and crashes out the first story window to the ground level. I'm sure you are thinking Oooh K - but the magic in this shot is that the camera follows the guy Bourne style down the corridor and out through the window. It's like extreme film making and the effect works it really brings you into the action and I don't think I've seen this done before.

The other outstanding scene is when our hero is up against maybe 15 guys and he only has a knife, fortunately his shady past prepared him exactly for this kind of scenario as he unleashes a blood letting of note. If you were impressed by the hammer scene in "Old Boy" or Jude Law's corridor fight-out (a rip of "Old Boy") in Repo Men you'll be blown away by this fight.

I've might have just ruined 2 moments from the film but I really wanted to give you a flavour of what to expect.

I'm not the only one who thinks "The Man From Nowhere" is the business it was awarded the Grand Prize at the 3rd International Festival of Detective Films of Beaune 2011. Last year's Grand Prize was awarded to The Secret in Their Eyes, so you know it's in good company.

(click the link below to see details for jury prize winners, etc.)

"The International Festival of Detective Films of Beaune 2011 winners "
by HanCinema is licensed under a Creative Commons Attribution-Share Alike 3.0 Unported License.
Based on a work from this source