The Hidden Actors of "Black Money" 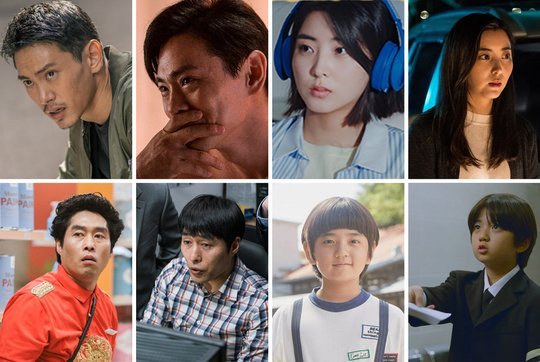 The movie "Black Money" has a lot of hidden support. It is a true story about a financial crime scene in which Yang Min-hyeok (Cho Jin-woong), a, outspoken prosecutor, gets into trouble over the suicide of a suspect in charge of his investigation, digs into the inside of the case to get rid of the blame, and faces the true nature of a huge financial scandal.

Actor Teo Yoo, who was praised for his outstanding performance in "Leto" as Victor Choi, took up a big part of "Black Money". He plays the role of Star Funds Korea chairman Steve Jung and is at the center of a financial crime case, but appears shameless without any guilt, leaving a strong impression even though he appears in a single scene.

Girl group 4Minute's youngest, Kwon So-hyun plays Park Soo-hyeon, the sister of Park Soo-kyeong who is a suspect and a key witness in the sale of Daehan Bank.

Jung Min-sung from "Prison Playbook", "Pegasus Market" and "Exit - Movie" takes on the role of PD Oh from a reporting program and provides important clues to the event.

Finally, Kim Kang-hoon from the KBS 2TV drama "When the Camellia Blooms", who appears as Gong Hyo-jin's cute son Pil-goo, tackles the role of the son of a union member of Daehan Bank, standing up against lawyer Kim Na-ri played by Lee Honey.

"The Hidden Actors of "Black Money""
by HanCinema is licensed under a Creative Commons Attribution-Share Alike 3.0 Unported License.
Based on a work from this source