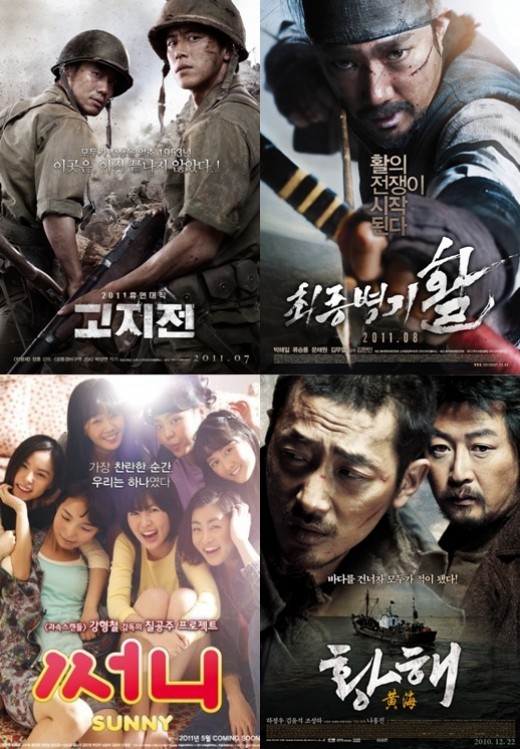 22 award winners were awarded in 21 categories at the 48th Daejong Award Film Festival which was held on the 17th at 7:40PM at the Sejong Cultural Center.

The highlights of this evening's event were the awarding of Best Actor to Park Hae-il from "Arrow, The Ultimate Weapon", Best Actress to Kim Ha-neul from "Blind", Best Picture to "The Front Line" and Director's Award to director Kang Hyeong-cheol from "Sunny - 2010".

Known as the greatest harvest in this year's independent films, "Bleak Night" was awarded the Best

The Popularity Award went to Won Bin who won the Best Actor last year for "The Man From Nowhere" and the Credit Award went to elder actor Lee Dae-geun.

Other than that, the Best Art went to "Detective K", The Best Music Award went to "Late Autumn - 2010" and the Best Scenario to "Blind".

The 48th Daejong Award Film Festival ended with various awards given to this year's hit movies.

""The Front Line" - "Arrow" lead, "Bleak Night" dark horse"
by HanCinema is licensed under a Creative Commons Attribution-Share Alike 3.0 Unported License.
Based on a work from this source