The Cast of "Squid Game", Are They Really Close? 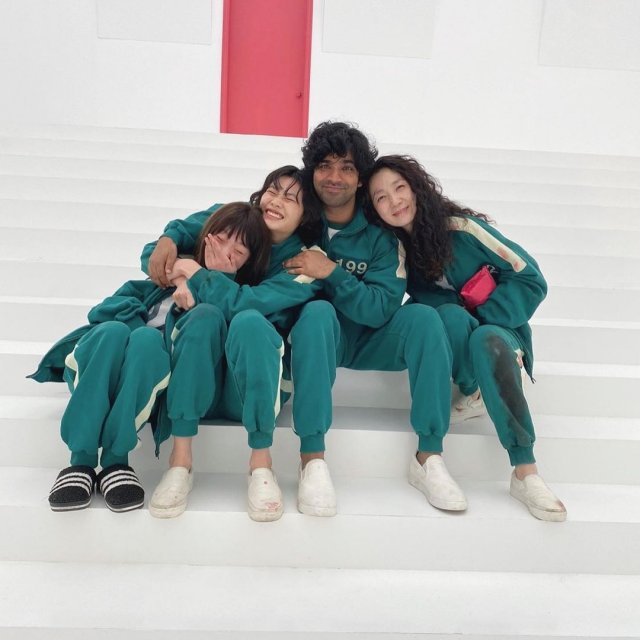 "Squid Game" showed off its teamwork.

Lee Yoo-mi posted behind-the-scene cuts of the Netflix series "Squid Game" on her Instagram on the 23rd.

In the pictures are Lee Yoo-mi (Ji-yeong), Jung Ho-yeon (Sae-byeok), Anupam Tripathi (Ali) and Kim Joo-ryung (Han Mi-nyeo) and others. Unlike the intense challenge they put on in "Squid Game", they all look very close-knitted.

Lee Yoo-mi captioned, "The final day of "Squid Game". I'm the only one with plushy shoes". 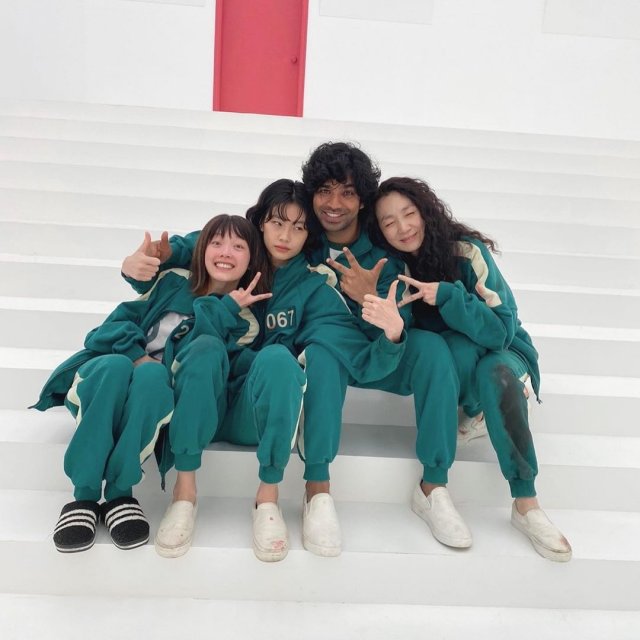 "Squid Game" is about a survival game in which people who no longer have a place to back down to, being trapped in a huge space and risk their lives to win 46.5 billion won in prize money. For the first time in the Korean series, it not only topped the list of Netflix's 'Top 10 Today' in the U.S., but also showed off its contribution in reaching the top ranks in 39 countries.