The 17th Jeonju International Film Festival to open on April 28 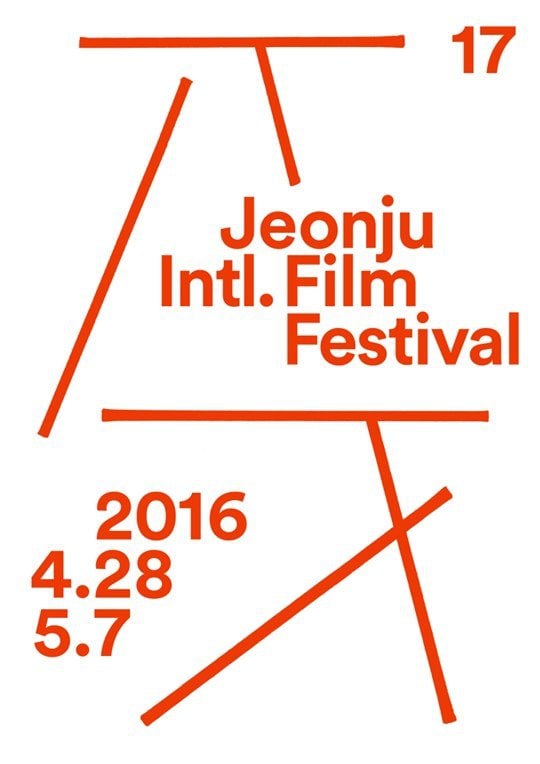 The JIFF is starting on April 28th at 7PM. There's going to be a Red Carpet event first and then the main event at 8PM. At 9PM, the opening pick, "Born To Be Blue" will be on screen.

Judges for the opening ceremony are Jung Jae-young, Han Ye-ri, director and main star of "A Day in the Black Hole" Ahn Jae-hong, Kim Dong-wan from "If You Were Me" and Got7's 'Jr'. for "A Stray Goat".

As judges for the 'international competition' are foreign guests and directors such as Athina Rachel Tsangari, Denis Côté, Robert Vidro and David Brad.

Lee Jong-hyuk and Yoo Sun are the hosts of the event and the opening ceremony will consist of a speech by the rallymaster Kim Seung-soo and a performance by a pop pianist named Yoonhan. Then the judges for 'Korean Contest', 'Korean Short Film Contest' and 'Net Pack Award' will be introduced. The opening ceremony will end with the screening of "Born To Be Blue".

On the 5th of May, there is going to be a concert to heat up the outdoor screening festival and it's the eve of the main event that's going to happen on the 7th. The concert is hosted by Kim Green featuring Crying Nut, Beuret and others. The closing ceremony is going to be held on the 7th at 7:30PM, hosted by Hwang Suk-jung and Jin Kyung.

After all closing events, "Die Bad" - Digital Remastering by Ryoo Seung-wan is going to end the festival. All events are free of charge.

"The 17th Jeonju International Film Festival to open on April 28"
by HanCinema is licensed under a Creative Commons Attribution-Share Alike 3.0 Unported License.
Based on a work from this source