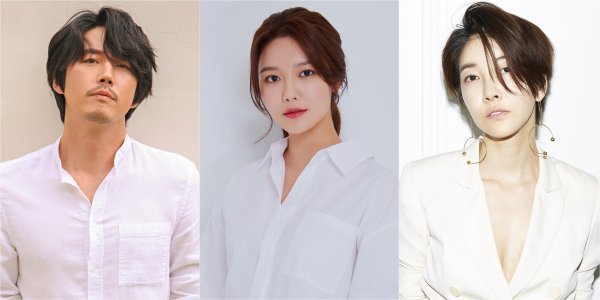 Jang Hyuk, Choi Soo-young and Jin Seo-yeon confirmed the lineup for "Tell Me What You Saw".

OCN announced that Jang Hyuk, Choi Soo-young and Jin Seo-yeon are starring in the OCN drama "Tell Me What You Saw".

"Tell Me What You Saw" is a suspense thriller about a genius profiler who loses everything and a detective who remembers everything she sees once, tracking down a serial killer.

Jang Hyuk takes on the role of Oh Hyeon-jae, an ill-tempered loner. He is the best criminal psychoanalyst who solves long-term unsolved cases by profiling, and is unrivaled in his ability to deduce what is and is not invisible. However, he loses his fiancé to an explosion caused by a serial killer and disappears without a trace.

Choi Soo-young plays Detective Cha Soo-yeong, who has the ability to 'picture'. She has the ability to remember everything she sees as a picture. Deprived of the chance to use her abilities, countryside constable Soo-yeong becomes Oh Hyeon-jae's unofficial partner by recreating a murder scene to the dot and becomes a detective in the Metropolitan Investigation Unit.

Jin Seo-yeon, who has an intense aura, plays Hwang Ha-yeong, the team leader of the Metropolitan Investigation Unit. Hwang serves in key police posts, including the intelligence crime investigation department and the special case investigation team, and has risen to her current position. She's the helper who connects Hyeon-jae and Soo-yeong to catch the serial killer.

"Tell Me What You Saw" is created by Kim Hong-seon-I, who participated in the planning and the production of the drama. PD Lee Joon-hyeong is in charge and it is written by Ko Yeong-jae and rookie writer Han Gi-hyun. The drama is to be released in 2020.

""Tell Me What You Saw" Confirms Main Lineup With Jang Hyuk and Jin Seo-yeon "
by HanCinema is licensed under a Creative Commons Attribution-Share Alike 3.0 Unported License.
Based on a work from this source