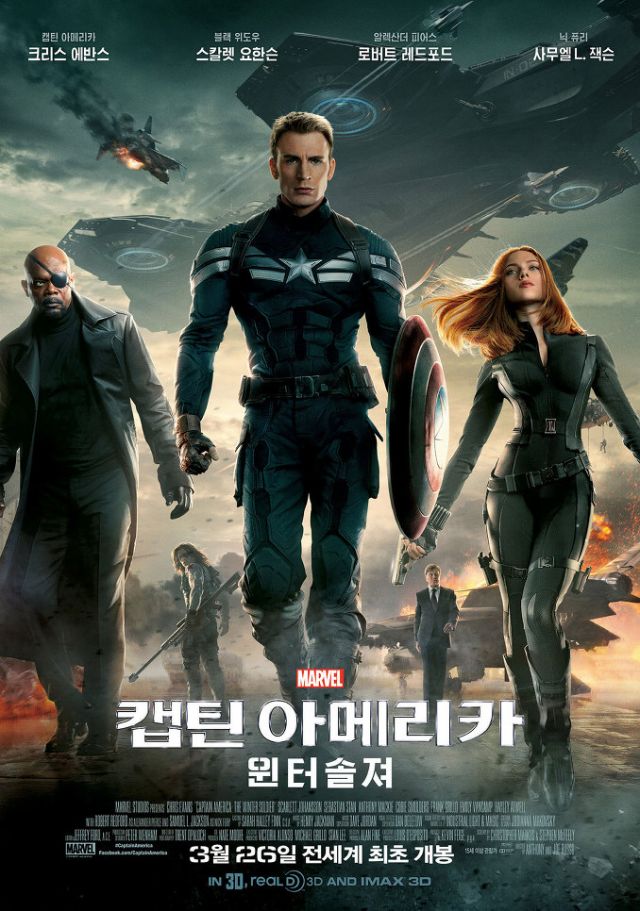 This April is proving a challenging one at the box office as the tragedy of the capsized ferry Sewol has compounded what traditionally ranks as a slow month for the local cinema industry.

"Captain America: The Winter Soldier" held on to the No. 1 spot last weekend but the number of spectators fell by almost 50 percent to 108,779 from the previous weekend.

"Divergent", another Hollywood blockbuster, ranked second with 91,580 tickets sold, while "Broken", a Korean remake of the Japanese film "The Hovering Blade", was third with 80,544.

"Son of God", dealing with the story of Jesus' life, took the No. 4 spot after attracting 28,685 spectators and "Need for Speed", a big-screen adaptation of a video-game, was fifth with 24,723 people turning up to watch it.

On Saturday, the total number of cinemagoers across the nation numbered just 334,310.

"Sunken Ferry Spells Disaster for Box Office"
by HanCinema is licensed under a Creative Commons Attribution-Share Alike 3.0 Unported License.
Based on a work from this source