"Stove League" to "Kkondae Intern" Rookie Writers on a Roll... Star Writers in the Slumps

From "Stove League" Lee Shin-hwa to "Good Casting" Park Ji-ha, new writers stood out in home theaters in the first half of the year.

Various dramas met with viewers early this year. Above all, while many people were just about getting tired of the prolonged COVID-19, the works that energized viewers with fresh materials and fun were recognized.

The SBS drama "Stove League" which aired from December last year to February this year is Lee Shin-hwa's debut drama. Although he won the 2016 MBC Drama Screenplay Contest for his synopsis of the drama, he went through many ups and downs before appearing on SBS.

Breaking the prejudice that 'sports dramas are hard to hit home' at the time, "Stove League" drew overindulgence from not only actors but also viewers, and was successful with the highest viewer rating of 19.1%.

At the same time, tvN aired the drama "Black Dog" which tells the story of Go Ha-neul (Seo Hyun-jin), a rookie in society who becomes a part-time teacher, struggling to survive while keeping her dreams at school. In particular, the well-made drama became famous, portraying the real-life of a fixed-term teacher. And at the center of it was Park Joo-yun, a rookie writer who worked as a part-time teacher before.

Kim Roo-ri, writer of the SBS drama "Hyena" which aired from February to April, also wrote her first full-length drama. It is a drama about a hyena-style survival story of lawyers with law in their heads and money in their hearts, and has drawn much attention with the combination of Kim Hye-soo (Jeong Geum-ja) and Ju Ji-hoon (Yoon Hee-jae).

In addition, Kim Eun-hyang, writer of the SBS drama "Nobody Knows" and Park Ji-ha, author of "Good Casting" both completed their successful entry through their respective works. Both dramas ended in a positive atmosphere, winning the top spot in the undisputed Monday-Tuesday drama.

The MBC drama "Kkondae Intern" which ended on the 1st, is the work of Shin So-ra, who won the best prize at the MBC Drama Contest in 2018. With the tit-for-tat chemistry between Park Hae-jin (Ga Yeol-chan) and Kim Eung-soo (Lee Man-sik), "Kkondae Intern" maintained the top spot in the Wednesday-Thursday drama from the first broadcast to the last, achieving a successful conclusion. 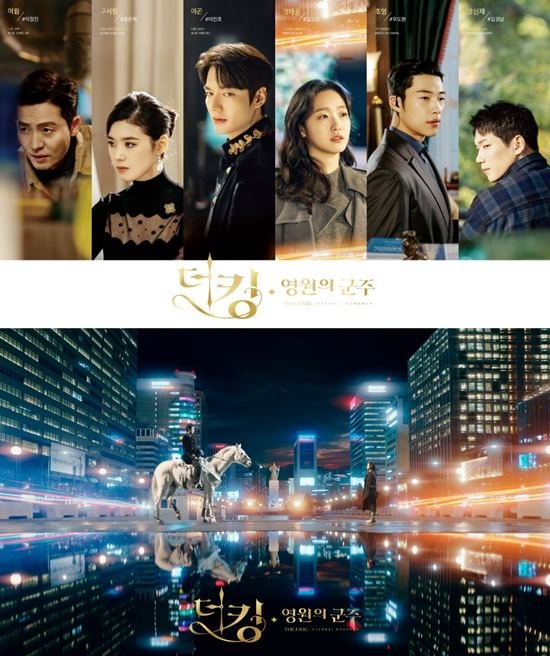 On the other hand, leading star writer Kim Eun-sook remained sluggish. Having written numerous hit dramas such as "Lovers in Paris", "Secret Garden", "A Gentleman's Dignity", "The Heirs", "Descendants of the Sun", "Guardian: The Lonely and Great God" and "Mr. Sunshine", she has been criticized by viewers for her distracting development, excessive PPL and anachronistic lines in the SBS drama "The King: Eternal Monarch" which aired from April to June.

With the outstanding performance of new scriptwriters, attention is focused on which artists will perform in the home theater in the second half of 2020.