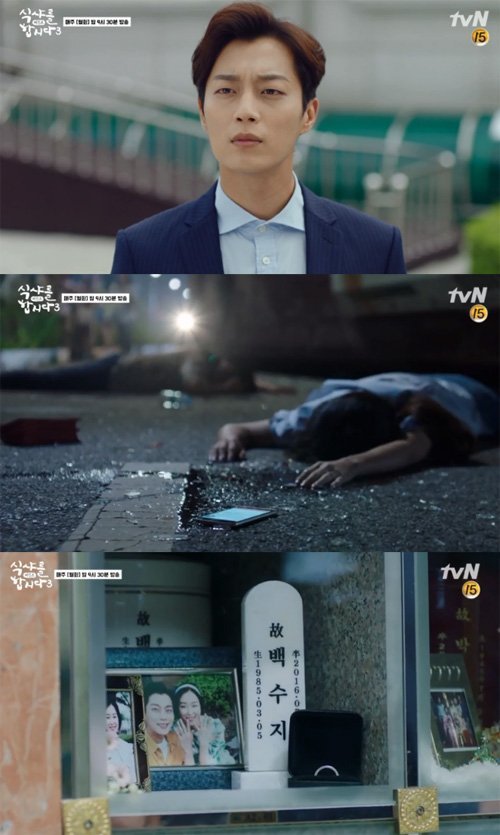 Seo Hyun-jin appeared as Yoon Doo-joon's girlfriend who had passed away on "Let's Eat – Season 3".

Baek Soo-ji (Seo Hyun-jin) was in a terrible accident. Goo Dae-yeong (Yoon Doo-joon) visited her at the charnel house. He waved to Soo-ji on the bus going down to Sejong City. They talked on the phone and promised to meet again.

Goo Dae-yeong still had their couple-ring on and missed her dearly.

"[Spoiler] Yoon Doo-joon Visits Seo Hyun-jin's Grave Wearing a Ring"
by HanCinema is licensed under a Creative Commons Attribution-Share Alike 3.0 Unported License.
Based on a work from this source