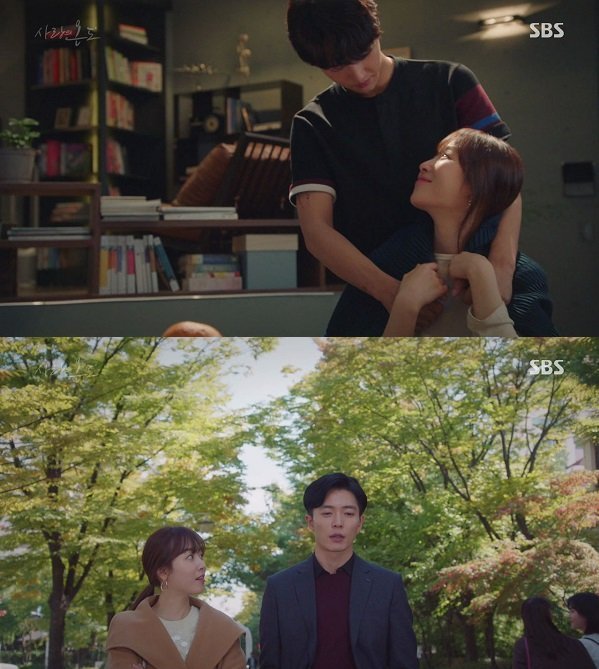 On the latest episode of the SBS drama "The Temperature of Love", Park Jeong-woo (Kim Jae-wook) tried to come between Lee Hyeon-soo (Seo Hyun-jin) and On Jeong-seon (Yang Se-jong). He proposed to Hyeon-soo while knowing that she was in a relationship with Jeong-seon. He'd found out by accidentally seeing them cuddling together.

Jeong-woo's knowledge didn't deter him from proposing to Hyeon-soo with a cake and ring that Jeong-seon had helped him prepare while fully supporting him.

In the end, Jeong-woo invited Hyeon-soo out to the location he where he planned to propose to her. Jeong-seon finally discovered that Jeong-woo was proposing to his Hyeon-soo.

"[Spoiler] "The Temperature of Love" Yang Se-jong VS Kim Jae-wook "
by HanCinema is licensed under a Creative Commons Attribution-Share Alike 3.0 Unported License.
Based on a work from this source