[Spoiler] "The Temperature of Love" the three-way romance isn't over 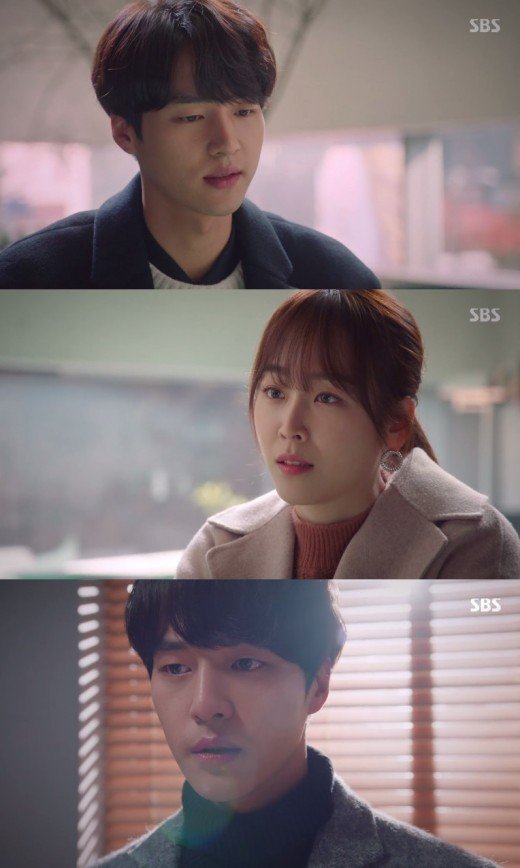 Hyeon-soo was gathering materials for her script and she asked Jeong-son, "I want to see the inside of Chef On. I need it to make my character better. When you said you wanted to cook, did your father agree with you?" Jeong-seon had argued with Hae-kyeong (Ahn Nae-sang) about this and said he didn't.

Hyeon-soo asked him about the concerns of an owner chef and Jeong-son told her about his concerns. Hyeon-soo knew he had a secured loan, but he told her it wasn't anything to worry about.

When his mother's name Yeong-mi (Lee Mi-sook) came up, Jeong-seon said, "I don't want to talk about her".

Hyeon-soo asked, "I've been waiting for a chance. When will you permit me to come into your life?" Jeong-seon told her he already had but Hyeon-soo said, "But I don't feel that way. I've shown you everything about me, but have you ever cried in front of me? Don't cry alone. That's not letting me into your life. I need to know about you to love you more".

Jeong-seon said, "That's too extreme. I've never shared my sadness with anyone and I can't do that right away". When Yeong-mi's name came up again, Jeong-seon said, "You don't know what it's like".

The rift between them was apparent. Jeong-son put out his hand first.

In the meanwhile, Mina (Jung Ae-ri) became sick and had her surgery date set. Hyeon-soo was worried and Jeong-seon asked Hae-kyeong for help, but he was turned down. Jeong-seon planned comfort Hyeon-soo's family with a thoughtful lunchbox, but Jeong-woo was already there. Jeong-woo helped Mina's surgery. Jeong-seon felt hurt, jealous, and lonely.

"[Spoiler] "The Temperature of Love" the three-way romance isn't over "
by HanCinema is licensed under a Creative Commons Attribution-Share Alike 3.0 Unported License.
Based on a work from this source