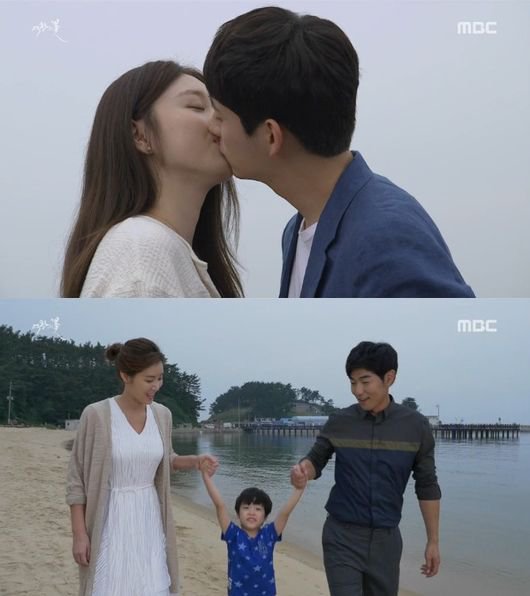 Kim Sung-ryung successfully had her revenge on Kim Mi-sook and found happiness. Kim Mi-sook fell hard and regretted her actions. She started a new life. Yoon Park and Lee Sung-kyung lived happily ever after.

The final episode of the MBC drama "The Queen's Flower" showed Rena Jeong (Kim Sung-ryung) getting her revenge on Ma Hee-ra (Kim Mi-sook) who had been a terrible person and kept her family safe.

Rena retaliated against Ma Hee-ra. She got information from Kim Do-ssin (Jo Han-chul) and started to plan her revenge. With the secret that Hee-ra had Park Jae-joon (Yoon Park) from an affair, Rena asked her to accept Jae-joon and Kang I-sol (Lee Sung-kyung) as an item. However, Hee-ra didn't agree.

She turned things around and said that she should tell everyone about Lee Sol's secret of birth. Rena put her head down for the sake of her daughter. She'd abandoned her daughter for her own success until now but in the end she only thought about her daughter. Rena gave Hee-ra evidence that Jae-joon wasn't Park Tae-soo's (Jang Yong) son.

Hee-ra began to collapse because of distrust. She found out from Do-sin that Seo In-cheol (Lee Hyung-chul) was Rena's ex-boyfriend and Lee Sol's father. She stopped trusting Hye-jin (Jang Yeong-nam) and shut her out. Hye-jin went into investigation by the National Tax Service for illegal business and was at risk.

Hye-jin broke. She told Park Tae-soo (Jang Yong) everything; Hee-ra had their son Jae-joon by artificial fertilization. Tae-soo found out Jae-joon wasn't his son and became furious at Hee-ra.

The final episode of the drama was good triumphing over evil. 4 years later, Hye-jin was having a hard time in China. Hee-ra suffered depression and was in Hawaii, away from Jae-joon. The family came back together due to Tae-soo's death. The mother and son reunited 4 years later.

Tae-soo left a will. He forgave Hee-ra and she cried. She regretted her mistakes. Time healed wounds and Lee Sol and Jae-joon were happy again. They held hands and put all the past behind then. Rena also found her happiness. She reunited with Park Min-joon (Lee Jong-hyuk).

"The Queen's Flower" is a 50-episode drama that started on the 14th of March. A mother abandons her daughter for her own success but the two reunite in the end. Coming up next is "My Daughter Geum Sa-wol", a hopeful message to youths who had lost hope.

"[Spoiler] "The Queen's Flower" Lee Jong-hyuk - Kim Sung-ryung and Yoon Park - Lee Sung-kyung"
by HanCinema is licensed under a Creative Commons Attribution-Share Alike 3.0 Unported License.
Based on a work from this source