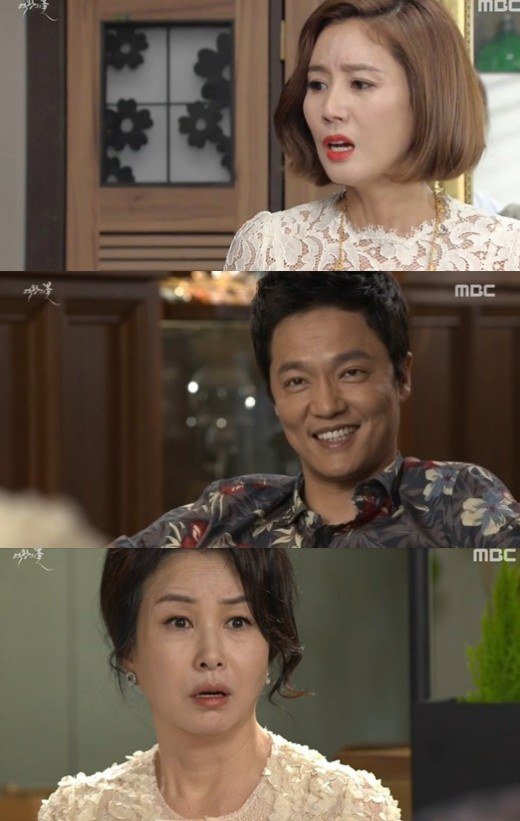 Kim Sung-ryung faced the biggest problem of her life with the appearance of ex-boyfriend, Jo Han-chul.

Previously, Hee-ra teamed up with Hee-yeon (Yang Jung-ah) and revealed a picture of Rena Jeong when she was in her 20s. This spread out through the Internet and Do-shin saw this. He posted comments on her articles and made it clear that he knew her.

Hee-ra came across Do-shin's comments and asked what he was with her. Do-shin said, "We were a couple and lived together. For a long time. But who are you and why are you asking me about Rena?"

Do-shin took out a picture of him and Rena in their teenage years. Hee-ra was shocked but asked him to bring her the child Rena had when she was young.

Do-shin needed money and smiled and evil smile. Rena not knowing what was going on, was having some quality time with Min-joon (Lee Jong-hyuk).

Rena had been through a lot and finally was finding her place as main MC of a show.

"[Spoiler] "The Queen's Flower" Kim Sung-ryung at risk "
by HanCinema is licensed under a Creative Commons Attribution-Share Alike 3.0 Unported License.
Based on a work from this source