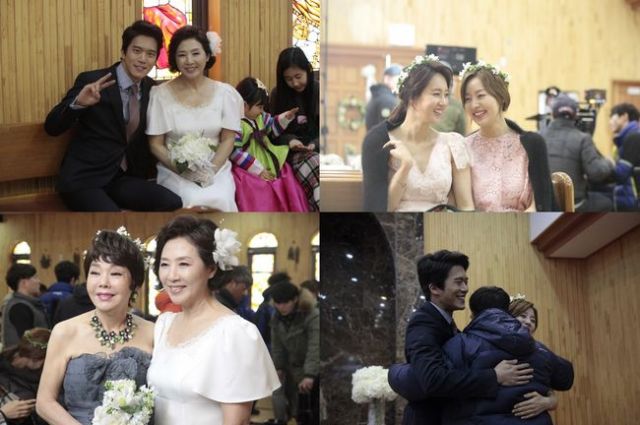 The behind-the-scene stills of 'The Legendary Witch' captured the moments filming the final ending scenes.

Han Ji-hye and Oh Hyun-kyung are having a good conversation smiling brightly. Go Doo-shim and Kim Soo-mi who met again since 'Jeon Won Diary', showed off their longtime friendship in the image.

The couple of the heart-wrenching love story, Han Ji-hye and Ha Seok-jin also posed together friendly.

The filming on that day was for the highlighted scene of the 40th episode, which started early in the morning before dawn. Although it was a tight schedule, actors and staff members took snaps during breaks in between filming scenes in order to celebrate and reserve memories of the last five months.

When the entire filming was finished, all the actors and staff members gave a big applause and hugged each other.

The final episode of 'The Legendary Witch' will broadcast on March 8th. After the completion, a human melodrama, "The Queen's Flower" will go on air.

"[Spoiler] 'The Legendary Witch' releases behind-the-scene stills for the final ending scene"
by HanCinema is licensed under a Creative Commons Attribution-Share Alike 3.0 Unported License.
Based on a work from this source