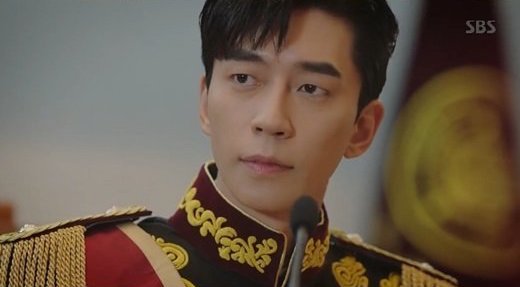 Shin Sung-rok and Shin Eun-kyung made their first appearances in "The Last Empress" with charisma.

On the first episode of the new SBS drama "The Last Empress", Emperor Lee Hyeok (Shin Sung-rok) returned from his visit to Africa during the Korean Empire.

Lee Hyeok held a press conference and said, "I received a promise that all the sailors detained will be discharged and all expenses will be paid for by the Imperial House".

Everyone stood up to applaud him but one reporter pointed out, "What do you think about the claims that the empress's political influence has risen above the prime minister's? Isn't this a regency by the empress?" Lee Hyeok replied, "The Imperial House doesn't do politics" butt he empress stopped the press conference.

Just then, Ma Pil-joo (Yoon Joo-man), the right hand man who takes care of matters of the emperor, eyed the reporter suspiciously.

"[Spoiler] "The Last Empress" Shin Sung-rok appears as emperor and Shin Eun-kyung displays charisma of an empress"
by HanCinema is licensed under a Creative Commons Attribution-Share Alike 3.0 Unported License.
Based on a work from this source