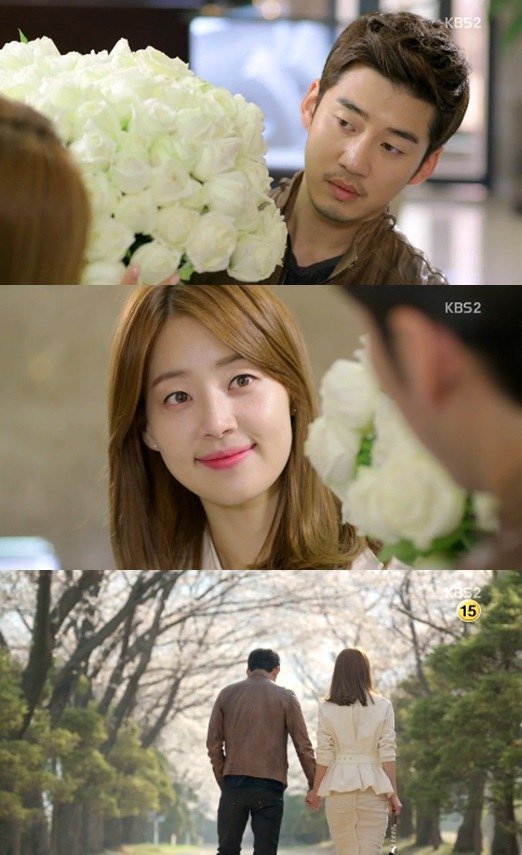 Love cured the past.

On the final episode of the KBS 2TV drama "The Full Sun", Jeong Se-ro (Yoon Kye-sang) left behind the past and reunited with Han Yeong-won (Han Ji-hye) who saved him from killing himself.

Han Tae-oh's (Kim Young-chul-I) corruption was told all over the world and he was arrested for investigation. Se-ro went to the hospital to be treated for the head injury that he received in a car accident and was told he needed surgery immediately. He surrendered himself to the police to relieve himself of his dark past and false charges. Several years later, he held Park Kang-jae's (Cho Jin-woong) deceased son in his arms.

There was a call in Jane's flower shop. Han Yeong-won who had started a new life in a jewelry shop after clearing up her father Han Tae-oh's mess, had made that call.

Se-ro reunited with Yeong-won by giving her flowers. In the ordinary days in which he was a regular person, he had met Yeong-won by coincidence in the Bella Fair shop. They returned to being a regular man and woman and hinted the start to happiness.

Love was stronger than tragedy. The two never forgot each other; they overcame the darkness.

"[Spoiler] "The Full Sun", Love saves the world"
by HanCinema is licensed under a Creative Commons Attribution-Share Alike 3.0 Unported License.
Based on a work from this source