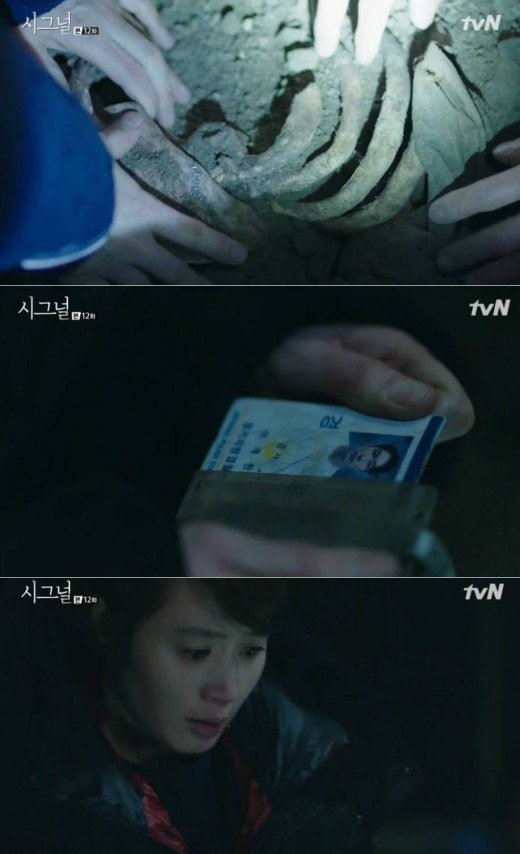 Park Haeyeong said that his brother had killed himself after he had been falsely accused and detective Lee Jae-han (Cho Jin-woong) also had been killed while investigating the case obstinately.

Park Haeyeong and Cha Soohyeon later went to the house of Kim Seongbeom, who was in the close relationship with Ahn Chi-soo (Jung Hae-kyun). And they found bones under the staircase of the house.

Lee Jaehan's police badge came out of the corpse and Cha Soohyeon and Park Haeyeong were shocked.

"[Spoiler] 'Signal' Kim Hye-soo and Lee Je-hoon find bones of the detective from the past "
by HanCinema is licensed under a Creative Commons Attribution-Share Alike 3.0 Unported License.
Based on a work from this source