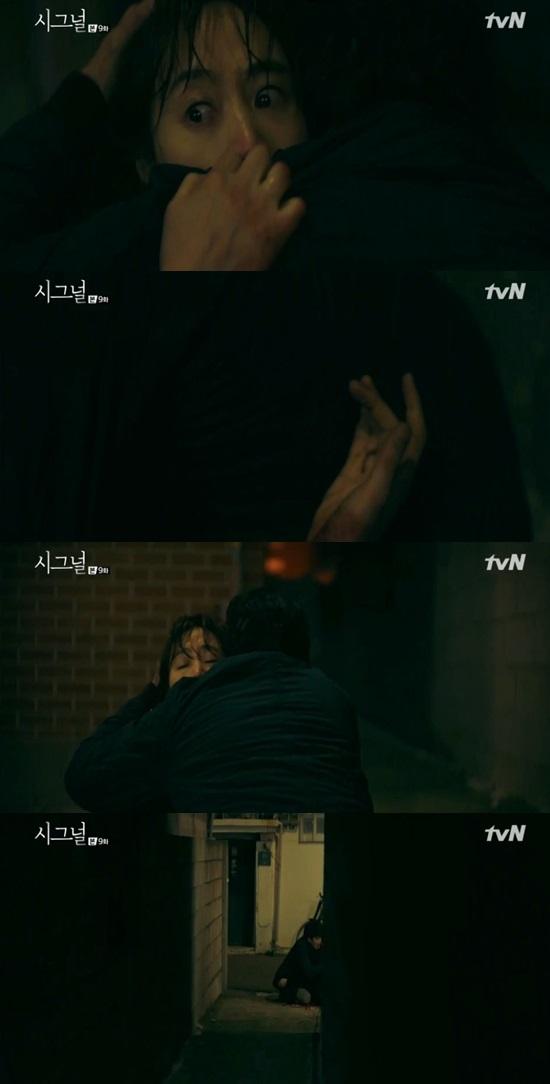 On this day, Cha Soo-hyeon went to Hongwong-dong to help Lee Jae-han. She walked around the alleys in Hongwon-dong with earbuds on to figure out the victim's movements.

Cha Soo-hyeon went into a convenience store nearby to grab a cup of coffee. The part time worker who was working in the store at the time was no one else but the serial killer.

Cha Soo-hyeon kept walking around. Lee Jae-han encountered and told her, "You're wasting your time. Please go back and do your work". But Cha Soo-hyeon ignored him and kept doing what she had been doing.

Cha Soo-hyeon was kidnapped by the serial killer later. The criminal covered her head and then mumbled "Isn't hard to live? Wait a little. I'll make it easy for you". And then he took her out.

Cha Soo-hyeon managed to escape from his house while her head was still covered. She luckily could encounter Lee Jae-han, who was searching around to find her. Lee Jae-han said, "I'm sorry I'm late" and then he broke down into tears.

The criminal was watching the scene stealthily.

"[Spoiler] 'Signal' Cho Jin-woong hugs Kim Hye-soo and breaks down into tears "
by HanCinema is licensed under a Creative Commons Attribution-Share Alike 3.0 Unported License.
Based on a work from this source