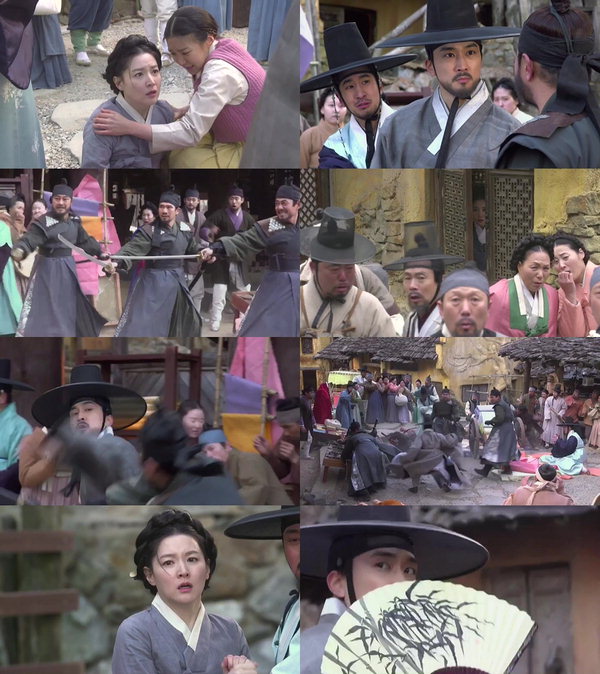 On the latest episode of the SBS drama "Saimdang: Light's Diary", Lee Gyeom (Song Seung-heon) stood in front of the men sent by Hwi Eum-dang (Oh Yoon-ah) that were bulling Saimdang (Lee Young-ae).

Lee Gyeom asked where they were from and threatened to have them in hail. However, this didn't have any effect on them and they made things even more hostile around Saimdang and Lee Gyeom.

Despite that he was outnumbered, Lee Gyeom performed martial arts like never seen before. He was not sincere but wild and charismatic this time.

Lee Gyeom flew around getting the bad guys with his robes flying out behind him.

Saimdang was surprised to see him like this and Hwi Eum-dang was watching from far away.

Lee Gyeom had been watching Saimdang from afar like a shadow and he found out who had caused the Woonpyeong Temple fire.

"[Spoiler] "Saimdang: Light's Diary" Song Seung-heon flies around "
by HanCinema is licensed under a Creative Commons Attribution-Share Alike 3.0 Unported License.
Based on a work from this source