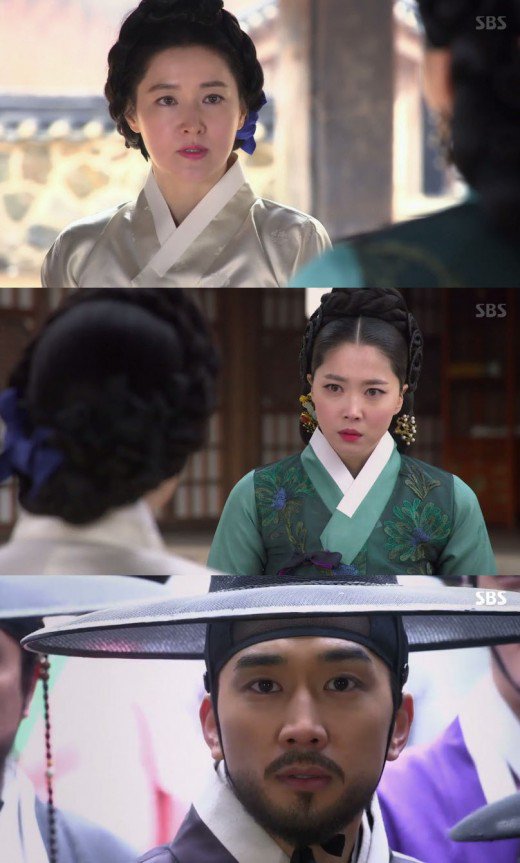 Hwieumdang who tried to drive Saimdang and Hyeon-ryong out of the academy, left the decision to be made by the maternal association. The votes came out to be a tie. Hwieundang asked for a show of hands next, but in the process, it turned out Hwieundang had slapped Hyeon-ryong and Saimdang was appalled.

However there was a twist. Gong caused a disturbance knowing that Saimdang was an old friend. Saimdang picked up a brush and fixed the stained skirt. Hwieumdang seemed white with rage.

Everyone seemed to favor Saimdang as Gong called her a 'genius'.

However, Saimdang's decision hit Hwieumdang on the back of the head. She declared she would leave the maternal association by saying, "I have no desire to remain in an association where the power of the husband is more respected than the child and think of the people as worthless".

Hwieumdang yelled, "You aren't leaving anything! I am sending you out!" Saimdang turned to say, "You saved me once when I was young. I wanted to say thank you someday. It's kind of late but thank you".

Then Saimdang pointed out that Hwieundang looked like a butterfly but was a cocoon at heart.

Meanwhile, Saimdang's picture started to spread and Lee Gyeom (Song Seung-heon) was so happy that his long lost love was back.

"[Spoiler] "Saimdang: Light's Diary" Oh Yoon-ah can never beat Lee Young-ae"
by HanCinema is licensed under a Creative Commons Attribution-Share Alike 3.0 Unported License.
Based on a work from this source