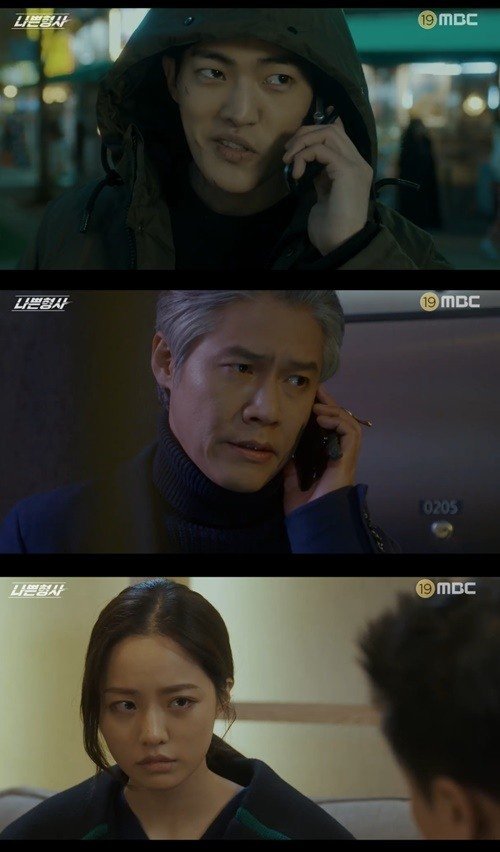 On the latest episode of the MBC drama "Less Than Evil", Woo Tae-seok (Shin Ha-kyun) struggled with his most recent murder case.

He was determined not to lose anyone this time. The disciplinary committee was on his side and suspended Jeong Cheong-man (Park Ho-san) for a month. Outside, Jeon Cheong-man asked Woo Tae-seok what he was up to.

Woo Tae-seok mocked, "I have to stop expulsion because my witnessing is not trustworthy enough to put you in jail". He warned that he will have him put in prison.

Eun Seon-jae (Lee Seol) electrocuted Jang Hyeong-min (Kim Gun-woo) who was about to attack her. His hands were tied and he asked to be killed, but Eun Seon-jae asked, "What is it that you want from me? Is it advantageous for me if my memory comes back? Why do you bother even by killing people?" Jang Hyeong-min mocked, "Is it a bother for a killer to kill people?"

Eun Seon-jae was mad and stabbed him in the thighs with a knife. Jang Hyeong-min said, "I am going to kill you when your memory comes back. Bae Yeo-wool is very dear to Woo Tae-seok. He killed me after 13 years of blaming himself that he couldn't kill me. You have to remember to become Bae Yeo-wool. Woo Tae-seok will risk his life to protect her. You're nothing to him. Don't' trust him because he's going to kill you as soon as you become like me".

At the end of the episode, Jang Hyeong-min had Eun Seon-jae and Woo Tae-hee (Bae Yoon-kyung) when Woo Tae-seok arrived at the scene. He pointed his gun and said, "Listen carefully, I am going to save one of you. Which one will it be?"