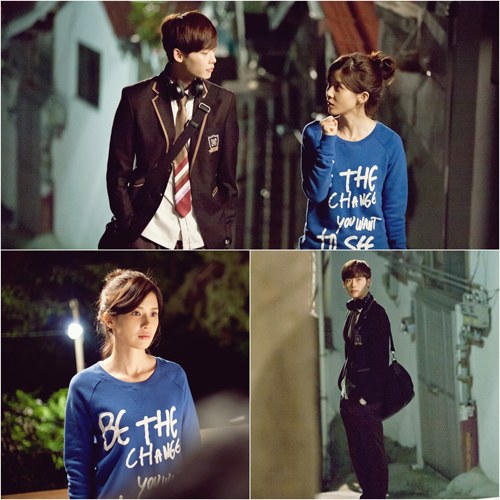 Lee Bo-young and Lee Jong-suk enjoyed a walk under the trees.

The SBS drama "I Hear Your Voice" revealed pictures of the two on the 12th.

Hye-seong (Lee Bo-young) and Soo-ha (Lee Jong-suk) are walking together in front of her house. She looks comfortable in her clothes and it looks like Soo-ha is already into her.

The two of them were intense from the moment they met but they decided to join forces for the sake of Seong-bin's (Kim Ga-eun) legal case. They are to work together to prove Seong-bin's innocence.

The two will get closer and the synergy between them is to be anticipated.

Lee Bo-young and Lee Jong-suk's date under the trees can be seen on the third episode on the 12th.

"[Spoiler] Lee Jong-suk takes a walk with Lee Bo-young"
by HanCinema is licensed under a Creative Commons Attribution-Share Alike 3.0 Unported License.
Based on a work from this source