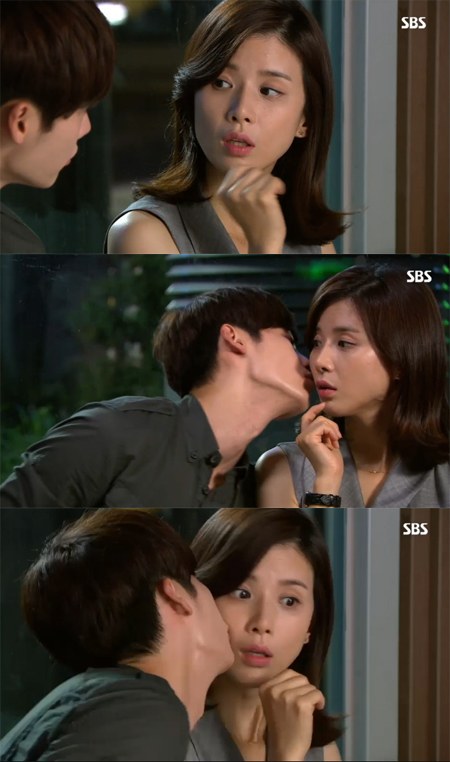 Lee Jong-suk shocked fans with a sudden kiss on the cheek.

On the thirteenth episode of the SBS drama "I Hear Your Voice", Park Soo-ha (Lee Jong-suk) learns that Jang Hye-seong (Lee Bo-young) likes him. However, he hid the fact from her thinking that she might distance herself from him.

Jang Hye-seong and Soo-ha were sitting at a bus stop when Hye-seong pointed out a pen mark on his cheel.

However, Park Soo-ha kissed her cheek instead. She told him that he had a pen mark on his cheek and he said, "Do I? Well I misunderstood".

Meanwhile, the thirteenth episode of the drama rated 21.6%.

"[Spoiler] "I Hear Your Voice" Lee Jong-suk kisses Lee Bo-young on the cheek"
by HanCinema is licensed under a Creative Commons Attribution-Share Alike 3.0 Unported License.
Based on a work from this source