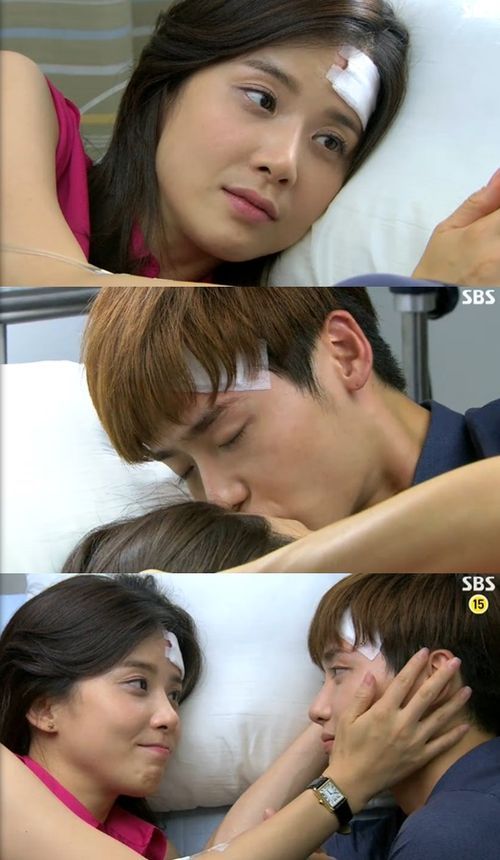 The 17th episode of SBS drama "I Hear Your Voice" was broadcasted on the 31st of July.

Unfortunately, Joon-gook kidnapped Jang Hye-seong (Lee Bo-young) and lied about her death to turn Soo-ha into a murderer. But, Soon-ha saw through this and realized that he was actually lying so he restrained himself from killing him.

Then shortly after, Joon-gook took off his sunglasses and attempted to fall off the rooftop, Soo-ha quickly grabbed him and told him to stop, but Joon-gook pulled him closer and said, "Let's die together, Park Soo-ha".

To both of their luck, the police had already set up a safety cushion underneath, so they both survived.

Later on, Jang Hye-seong (Lee Bo-young) and Park Soo-ha (Lee Jong-suk) were finally reunited at the hospital, hugging and sweetly expressing their love for each other. The episode ended with Hye-seong and Soo-ha cuddling on the hospital bed, forgetting about what had happened because they were so happy to be with each other, again.

"[Spoiler] "I Hear Your Voice" Lee Bo-young and Lee Jong-suk's sweet reunion of love"
by HanCinema is licensed under a Creative Commons Attribution-Share Alike 3.0 Unported License.
Based on a work from this source