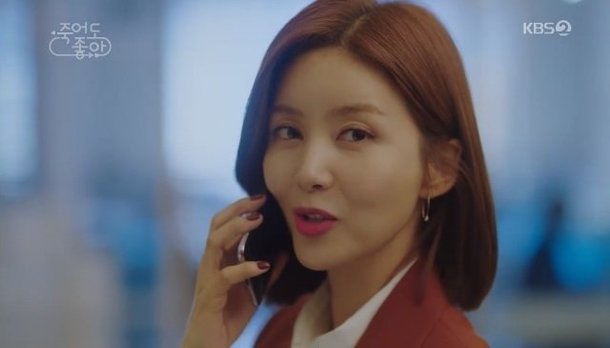 On the latest episode of the KBS 2TV drama "Feel Good To Die", Yoo Si-baek (Park Sol-mi) made a phone call behind Kang In-han's (In Gyo-jin) back.

Thanks to her, Kang In-han happily demoted Baek Jin-sang (Kang Ji-hwan) to sales manager of a store that was near closing and started depending more on Yoo Si-baek than Na Cheol-soo (Lee Byung-joon). In the end, he ended up completely switching sides.

Rumor spread that Na Cheol-soo was now out of the picture and it was Yoo Si-baek's turn to rule. The two of them called for a drink on the same day and everyone else, but Baek Jin-sang and Park Yoo-deok (Kim Min-jae) went to Yoo Si-baek's party.

However, Yoo Si-baek had other things in mind. She answered a call from the States and said, "How's America? Here? I'm making it comfortable enough for you to feast on". It turns out Yoo Si-baek was not on Kang In-han's side. 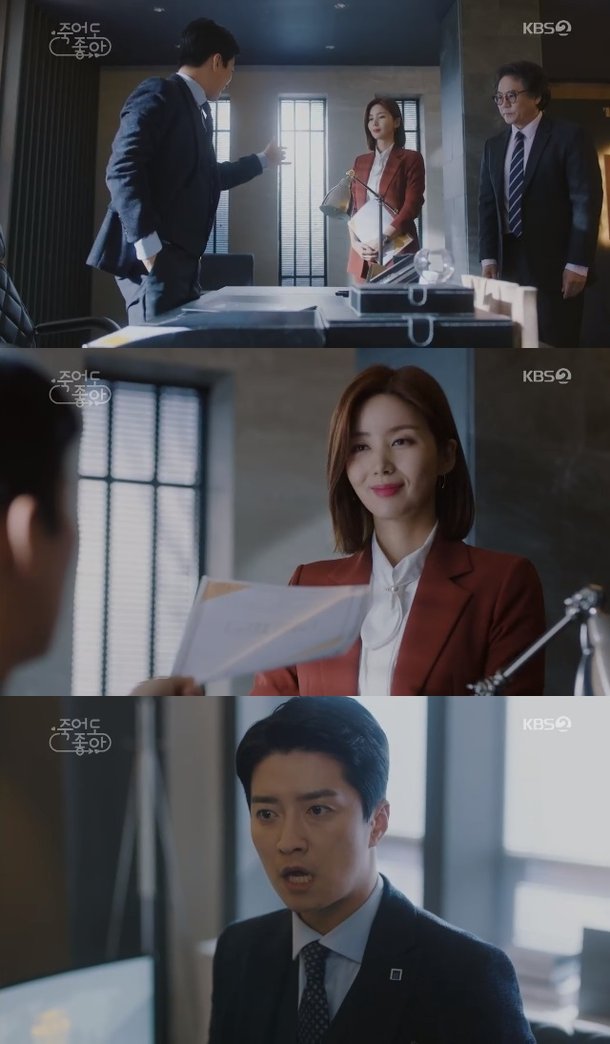 "[Spoiler] "Feel Good To Die" Will Park Sol-mi Betray In Gyo-jin?"
by HanCinema is licensed under a Creative Commons Attribution-Share Alike 3.0 Unported License.
Based on a work from this source