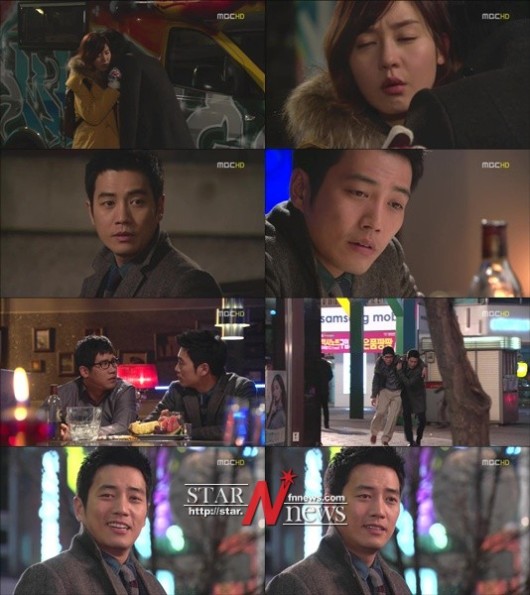 Choi Jae-ha and Ko Joon-yeong passed each other awkwardly but he couldn't hide his feelings and went to go drink alone.

After a friend joined him he said, "This is not really about me, but what do you call it when a woman who has nothing to do with you hugs another man and you feel uncomfortable with it?"

The friend told him, "If you feel that way about a woman you don't even know, then you're crazy" Jae-ha retorted, "She's not someone I don't know but someone that has nothing to do with me".

His friend then casually said, "If she keeps popping up in your head then she's someone you like and not someone that has nothing to do with you". Although Choi Jae-ha tried to deny the truth, he felt more complicated than ever.

"[Spoiler] "Feast of the Gods" Joo Sang-wook "She doesn't matter to me but I keep thinking of her""
by HanCinema is licensed under a Creative Commons Attribution-Share Alike 3.0 Unported License.
Based on a work from this source