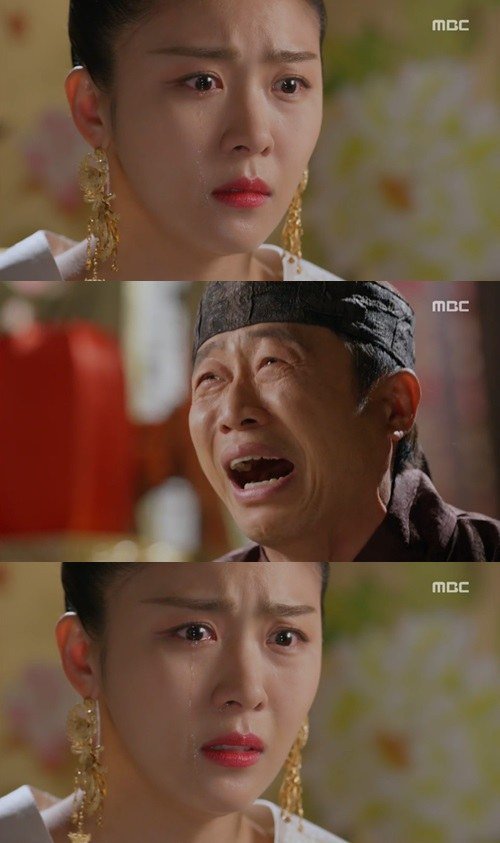 Ha Ji-won realized that Kim Jin-sung-I was her real son.

"He's going to die today and you're the only one who can save him. He is the son who you always thought as dead".

Ki Seung-nyang didn't believe it at first and Bang Sin-woo continued, "He is the star. He has three stars on his foot. I saw them". Ki Seung-nyang started crying at the end of the episode.

"[Spoiler] "Empress ki" Ha Ji-won finds out about her real son"
by HanCinema is licensed under a Creative Commons Attribution-Share Alike 3.0 Unported License.
Based on a work from this source