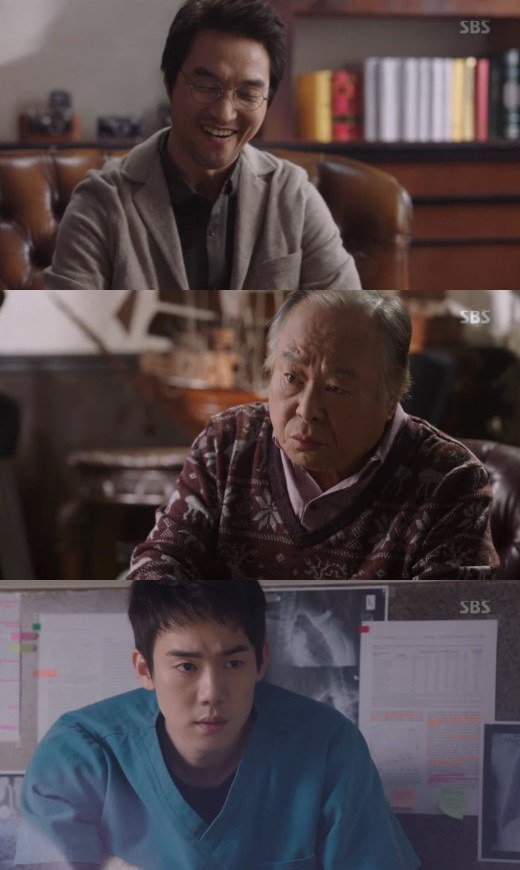 While Kim Sa-bu (Han Suk-kyu) has a 'big dream', Kang Dong-joo (Yoo Yeon-seok) was seduced by the Devil.

On the episode of the SBS drama "Dr. Romantic" on the 6th, there was a 6-car pile-up. The site was devastating. There were a lot of deaths and the intensity of the accident was terrible. Dong-joo and Seo-jeong did their best for the patients. They took care of emergency patients. Dong-joo and Do In-beom (Yang Se-jong) went into the emergency room and Seo-jeong stayed behind to treat the remaining patients.

There was a 4-year old girl there and she was treated first. It turns out she was the inspector's daughter. "Even though she's my daughter, I can't break the policy". Kim Sa-bu told him, "You do what you have to do and I'll do mine". He underwent surgery on the girl. The inspector cried at the good result and disobeyed Do Yoon-wan (Choi Jin-ho) by summoning an OS to HQ.

Seo-jeong was devastated when a grandmother died of Eoreseuteu. Kim Sa-bu comforted her. He showed the families she did her best to save and said, "Look at the patients to see if a doctor is doing well. It doesn't matter if they live or due. The important thing is that you do your best".

Seo-jeong, Dong-joo and In-beom were put in surgery together. They did their best.

Sin (Joo Hyun) threatened Kim Sa-bu, "I'm going to take away everything important from you. I'm going to get all your weak points". Kim Sa-bu implemented his 'big picture'. In the meanwhile, Director Do asked Dong-joo if he would work with him.

"[Spoiler] "Dr. Romantic" Han Suk-kyu wants the big dream"
by HanCinema is licensed under a Creative Commons Attribution-Share Alike 3.0 Unported License.
Based on a work from this source